“Saint Mary’s has given me the unique opportunity to get hands on experience outside of the classroom.” 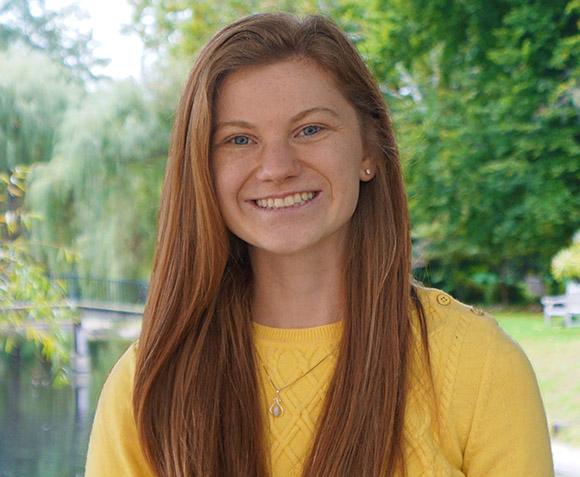 “Saint Mary’s has given me the unique opportunity to get hands on experience outside of the classroom.”

ALBION, Mich. -- For the eighth time this season, the Saint Mary's soccer team fell by a one goal margin as they lost 2-1 to Albion College in the regular season finale.

In a well-played contest, neither team was able to get on the scoreboard until late in the first half when Albion punched in a goal less than four minutes before the half.

The Belles took little time in the second half to respond.  Less than six minutes into the half, Sam Smogor laced a pass to Micki Hedinger, who then slid the ball through the Albion keeper's arms and into the right side of the net to tie the score at 1-1.

It would then be the Britons who responded with a goal, which came in the 58th minute and proved to be the game-winner.

Patty Duffy had five saves in goal for the Belles.

Saint Mary's (#8) will travel to Calvin College (#1) on Saturday, November 1 for the first round of the MIAA Tournament.  The contest is scheduled to begin at noon.