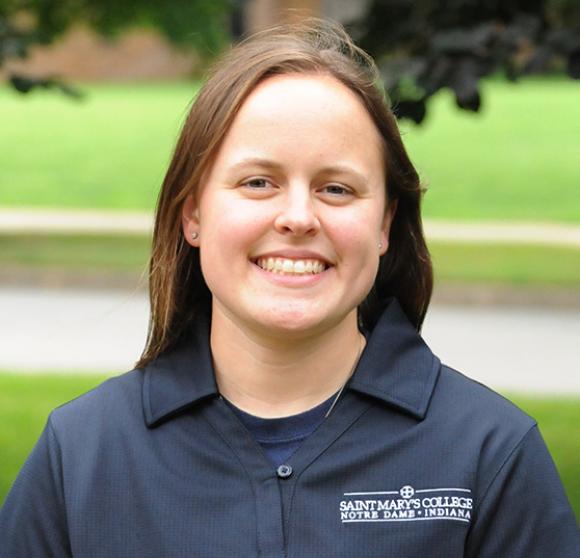 Ashley Steffey has served as the head athletic trainer at Saint Mary's since the fall of 2015.

A native of Portage, Michigan, Steffey received her Bachelor of Science in athletic training from Western Michigan University in 2012. While at Western Michigan, she was a three-year member of the women’s club lacrosse team and served as a team captain for two years. Steffey was also a member of the Student Professional Association of Sports Medicine and served as president. As a student, she worked closely with the Broncos’ Mid-American Conference champion softball team in 2011 as well as WMU’s Central Collegiate Hockey Association champion men’s hockey team in 2012.

After graduating, Steffey served as the athletic training intern at Saint Mary’s during the spring 2013 semester. She then went on to pursue a Master of Science in Applied Exercise Science at Concordia University Wisconsin. At Concordia, Steffey served as the ATC for the Falcons’ volleyball, junior varsity hockey, and women’s lacrosse teams. In her second year of her master’s program, she was named Preceptor of the Year for her work with students in the university’s athletic training program.

She has been a member of the National Athletic Trainers' Association since 2011.