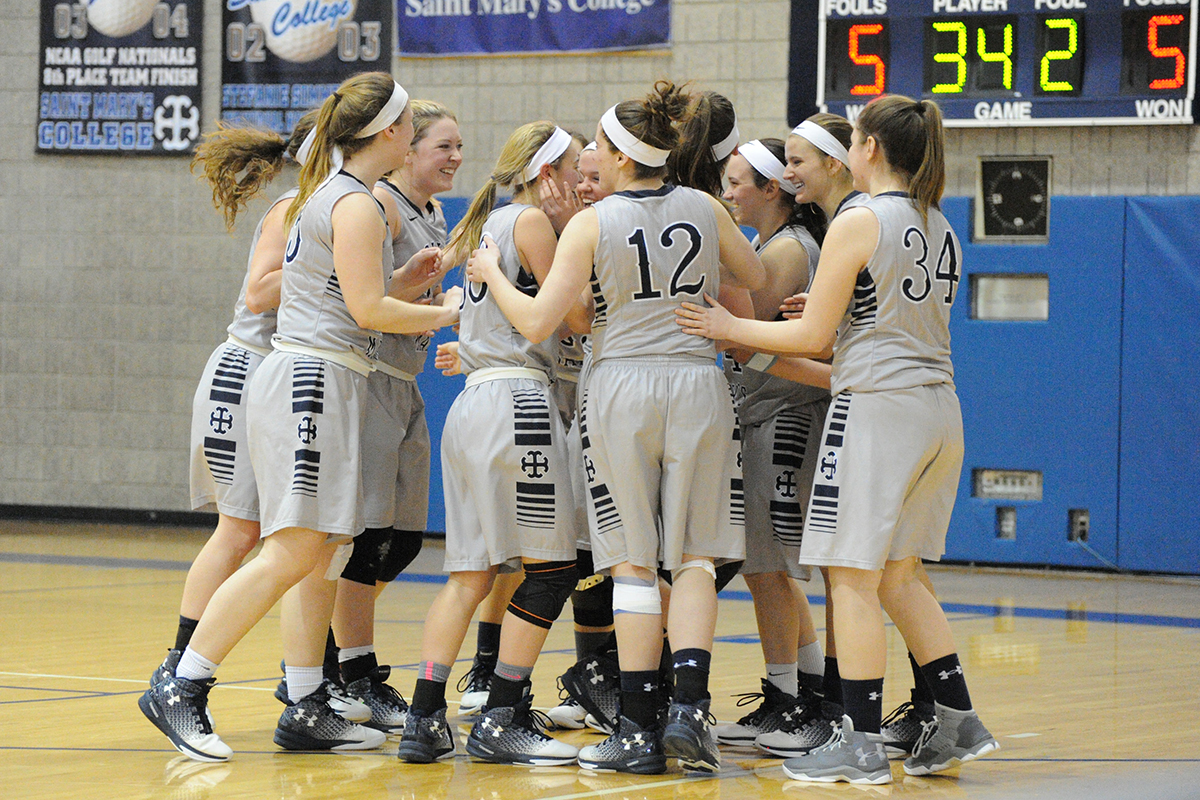 A new season and new opportunities await the Saint Mary’s basketball team in the year ahead as head coach Melissa Makielski continues to build the program into top contenders in the MIAA.

Looking to lead the way in 2018-19 are Erin Maloney ’19, Caroline Macius ’19, and Giavanna Paradiso ’21. For the second consecutive season, Maloney led the team in steals and assists as the senior also increased her scoring total from her junior season. The MIAA leader for steals last season, she is in the top six all-time in program history for career assists and career steals. Macius boosted her single-season scoring and rebounding efforts a year ago as she set new single-game highs for both point and rebounds as a junior. Paradiso burst onto the scene last year with a big freshman season. She led the team in total points and free throws made while finishing second on the team in rebounds. Maloney and Paradiso each were named to an all-tournament team last season.

Megan Saunders ’21 and Carin Kaminski ’21 were both immediate contributors to the team a season ago. Saunders was one of four players to average more than 20 minutes per game for the Belles last season and was second in assists for the team. Kaminski saw time in each of the team’s 25 games and was fifth in field goal percentage. Olivia Lathers ’20 and Delaney Rohlman ’20 are back on the court for the Belles this season. Lathers competed in each of the team’s games last season while Rohlman saw time in 24 of 25 contests. The pair both increased their point production and rebound totals from their freshman to sophomore seasons for Saint Mary’s. Several newcomers will join a core group of returners as the Belles look to continue to grow on their recent success on the hardwood.

The team opens the 2018-19 season on Saturday, November 10 when they host Earlham at 2:00 p.m. Saint Mary’s begins MIAA competition on Saturday, December 1 with a home contest against Calvin at 3:00 p.m.