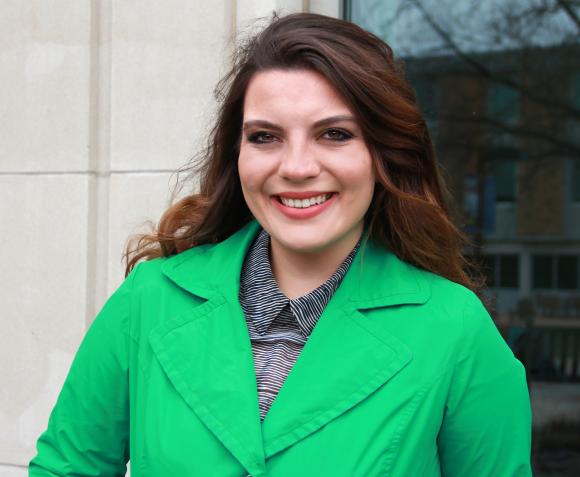 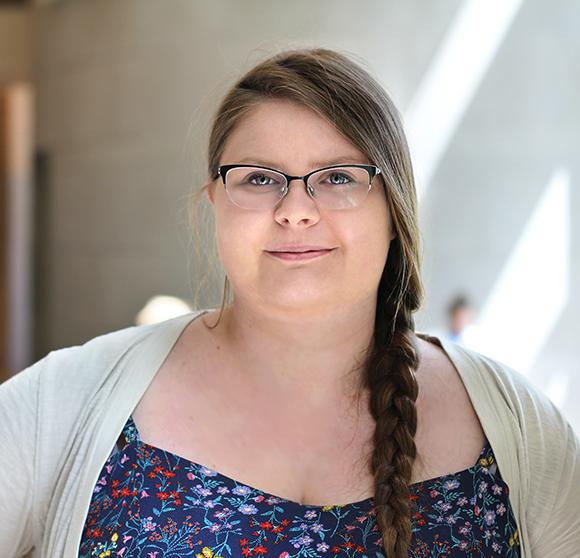 Hope Celmer '18 transferred to Saint Mary’s from a larger state university hoping to find a more serious and rigorous French program. “I was enthralled the moment I stepped foot on campus. It seemed so obvious from the campus environment and the architecture of the buildings that this place was bound to be different.”

While Hope transferred here as a French major, she soon stumbled into a second major that profoundly impacted both her academic experience and her faith life. She took an introductory philosophy course, and was surprised by her interest in the subject. “It was like love at first sight. I was completely enthralled with the discipline and the philosophers; it was like I had found a group of people who finally think like I think.”

As she began to take more philosophy courses, initially settling on a minor in the subject, she began to seriously consider going to graduate school for philosophy and committed to adding it as a second major. She credits this decision for instilling within her a deep sense of intellectual humility and academic discipline. “I have felt tested and pushed to my limits and legitimately encouraged and criticized in these courses like I never have before, and it has been an invaluable experience.”

Growing in her faith

Her interest in philosophy had as much of a personal, spiritual impact on her as it did an academic one. Hope is forever indebted to the Thomas Aquinas Seminar that Saint Mary’s hosts every year in the fall. She credits the seminar with introducing her to the work of St. Thomas Aquinas, a philosopher whose influence led Hope to seek confirmation in the Catholic Church. “I think that having to wrestle with these issues of faith in an academic context gave me a way to safely explore all the options and to set aside my own bias and look for the Truth.”

A Holy Cross education strives to cultivate the mind without neglecting matters of the heart. There are few greater examples of the benefits of such an approach to education than Hope’s discovery of knowledge, faith, and her own academic potential at Saint Mary’s.

Upon graduation, Hope plans to continue running her small business, a coffee shop based in Plymouth, IN, while she discerns the possibility of pursuing graduate studies in philosophy. Hope, like all Saint Mary’s philosophy majors, has a plethora of options to explore in her future and a strong set of skills with which to pursue them. Saint Mary’s philosophy majors have gone on on to pursue law degrees, PhDs, advocacy work, and more.

Written by Veronika Hanks '18, media relations intern and a global studies and philosophy double major with minors in gender and women's studies and Russian.