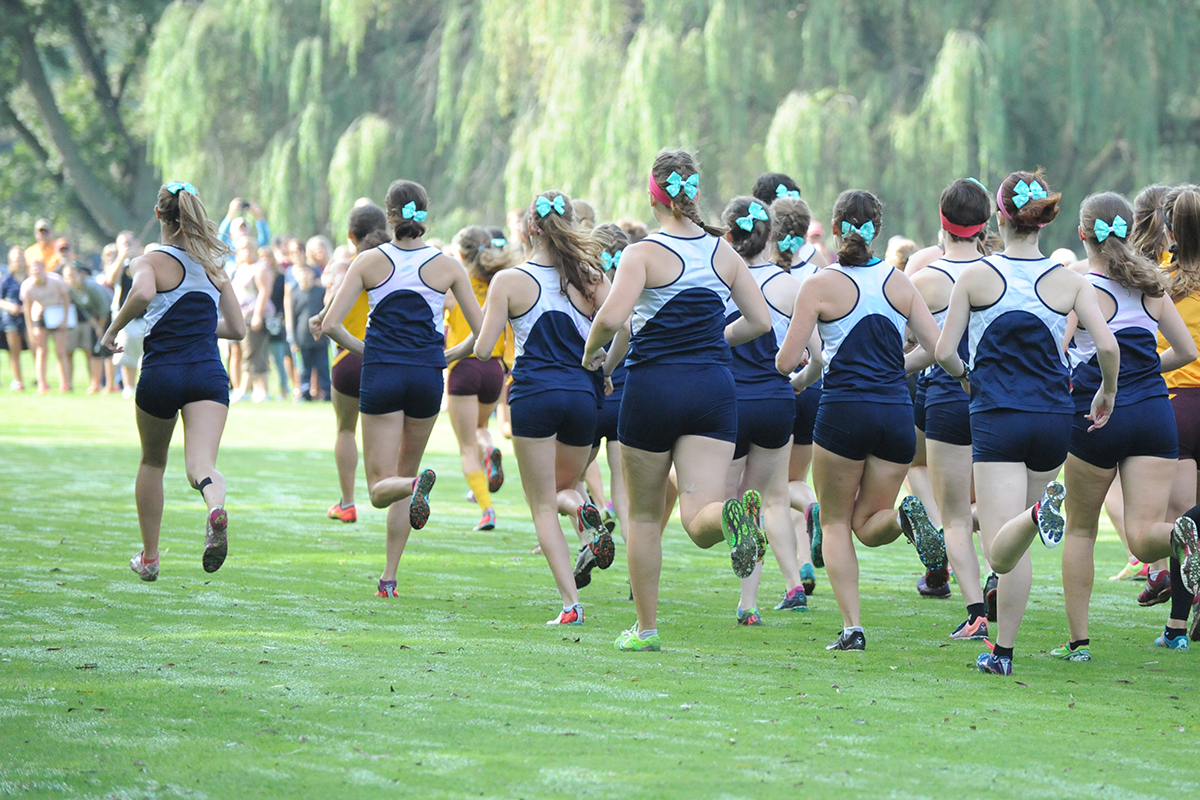 A small and powerful pack showed marked improvement throughout the season for the Belles cross country team in 2017.

The Belles opened the year with a non-scoring effort at the Olivet Comet Open on September 1. A week later, the squade placed 17th at a highly-competitive Calvin Knight Invitational. In each of those 5ks, junior Adele Edmonds posted personal record times as the Oklahoma City native broke below the 20-minute mark for the first time.

The team battled the elements in the form of extreme heat at the MIAA Jamboree in late September as the Belles placed seventh overall. Saint Mary's posted a team score of 194 and was within striking distance of sixth-place Adrian, who had a score of 181. Two weeks later, Saint Mary's was the lone NCAA Division III team in the field and was one point away from fifteenth place at the loaded Bethel Invitational. Maura Honan had her best 5k time of the year while finishing third for the team as the sophomore cut nearly 40 seconds off of her time from the first 5k of the year.

The Oberlin Inter-Regional Rumble led to another personal record time for Edmonds as she turned in a 6k time of 23:48.8. Anna McClowry was the second Belle across the finish line, and Maura Honan, Fiona Winfrey, and Shanan Hamilton all finished within 16 seconds of one another at the race. Two weeks later, the Belles placed seventh at the MIAA Championship race as Winfrey notched a 6k personal record at the event. The season then concluded with a 29th place finish at the NCAA Regionals in November as Edmonds led the Belles yet again with a 24:53.5 while placing 113th.

Edmonds and McClowry finished 1-2 for the Belles at six of the team's seven competitions in the fall. Shanan Hamilton and Maura Honan each scored in every race of the year to help pace the pack.