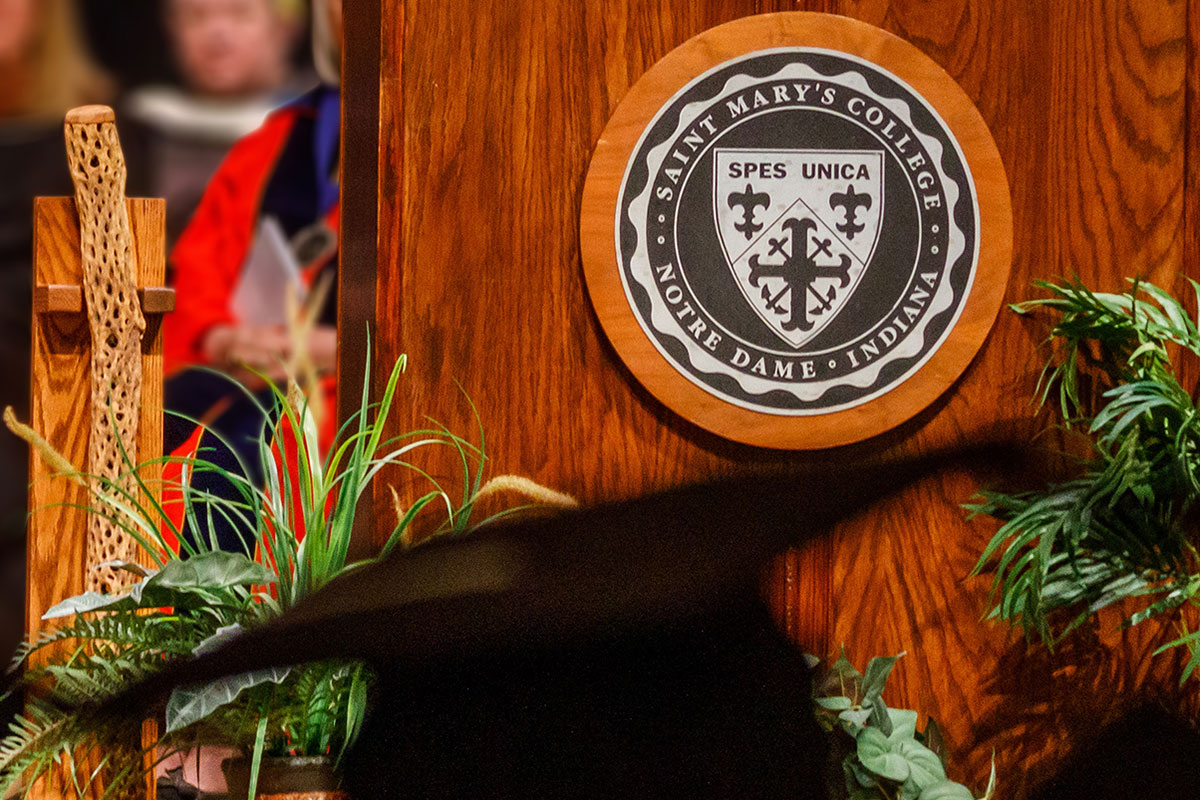 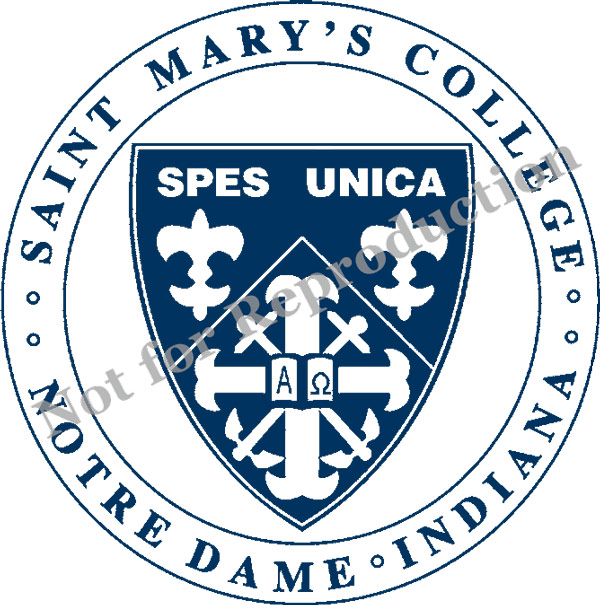 The offical College seal was adopted in 1944 — the year of our centennial celebration. Prior to that, Saint Mary's used the insignia of the Congregation of the Holy Cross. Each of the three Holy Cross educational facilities adopted a variation of the original seal.

Our seal contains two fleurs de lis to indicate our French heritage. Two anchors — symbols of hope and steadfastness — cross diagonally form the Greek letter Chi, which refers to Christ, the source of Virtue and Hope. The French cross is the principal charge on the coat of arms.