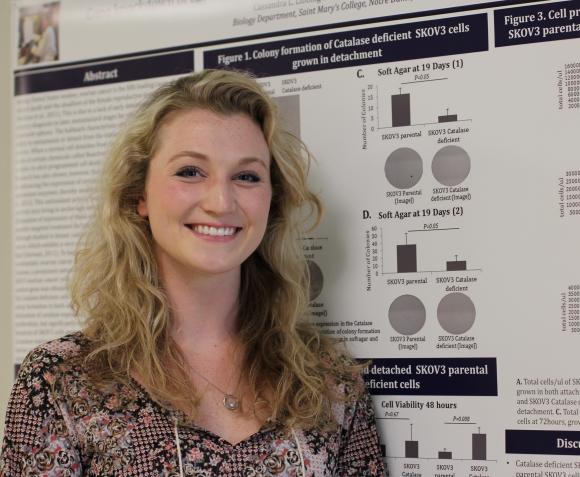 Kalamazoo and Saint Mary’s fought to a scoreless tie after regulation and two overtime periods in the first round of the MIAA tournament. The Hornets won the shootout 4-3 to advance to the semifinals.

In a game that officially ends in a tie, Kalamazoo’s record now stands at 9-5-3 while the Belles season ends with a 5-8-2 mark.

Colleen Courtney started the third round with a goal but Paige Howell converted her kick for a Kalamazoo 3-1 edge. Bridget Royane kept the Belles in the shootout with a goal in the fourth round then Laura Heline made a diving save off of Colleen Bednar’s attempt.

In the fifth round of the shootout, Heline stepped in to shoot and converted to force a decisive fifth kick for the Hornets. Erin Dreps buried the ball in the upper right corner to give Kalamazoo the shootout victory.

During a game in which the windy conditions played a huge factor, Kalamazoo held a shooting edge of 14-9 while Saint Mary’s tallied a 5-4 advantage in corner kicks.