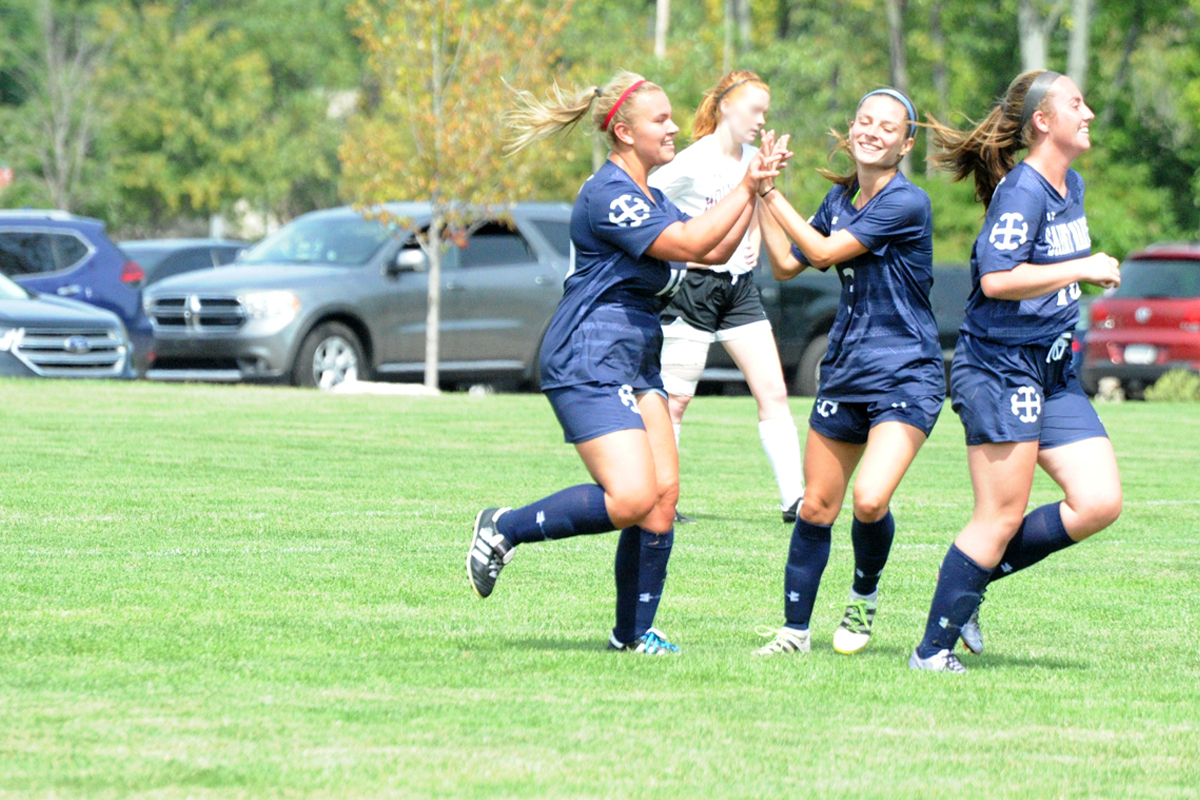 The Saint Mary’s soccer team saw marked improvement from their 2016 campaign this past fall as head coach Jesse Urquhart continues to build the groundwork for the program moving forward.

The Belles jumped out to a strong start. In a back-and-forth contest at home against North Park to open the season, the team’s comeback effort fell just short in a tightly-played 3-2 final. Two days later, the Belles picked up a resounding 4-1 victory at Manchester as McKenna O’Shea became the first player in program history to net four goals in a single contest. The freshman was then honored by United Soccer Coaches as the NCAA Division III National Women’s Soccer Player of the Week.

In late September, Saint Mary’s gained an early lead on the road at Trine on a hot Sunday afternoon as O’Shea netted her seventh goal of the season. The host Thunder, however, came back with two goals to take the 2-1 final. Molly Murphy joined O’Shea in the goal-scoring column just over a week later with a pair of goals in the span of 3:30 at Olivet as the Belles out-scored the Comets in the second half of play in early October.

Down the stretch, the Belles continued to be resilient. Cedella Breitenstein and O’Shea each sent home a goal as the Belles came back from a 2-0 deficit at home against Alma. The Scots scored a late goal to take the result. While the squad came up short in the final portion of the season, the results on the scoreboard were not indicative of the effort and competitiveness shown by the Saint Mary’s side.

McKenna O’Shea garnered a handful of accolades throughout the season – MIAA Player of the Week, United Soccer Coaches Division III Player of the Week, and Second Team All-MIAA. The freshman led the team with nine goals and added an assist for 19 points. Molly Murphy added two goals and two assists, and Cedella Breitenstein netted a goal and two assists as the Belles increased their offensive output by more than 10 points from last season.

Thallia Robles competed in more than 1110 minutes in goal for the Belles while collecting over 100 saves. Hannah Fisher logged over 500 minutes in goal and made 80 saves in her first season.