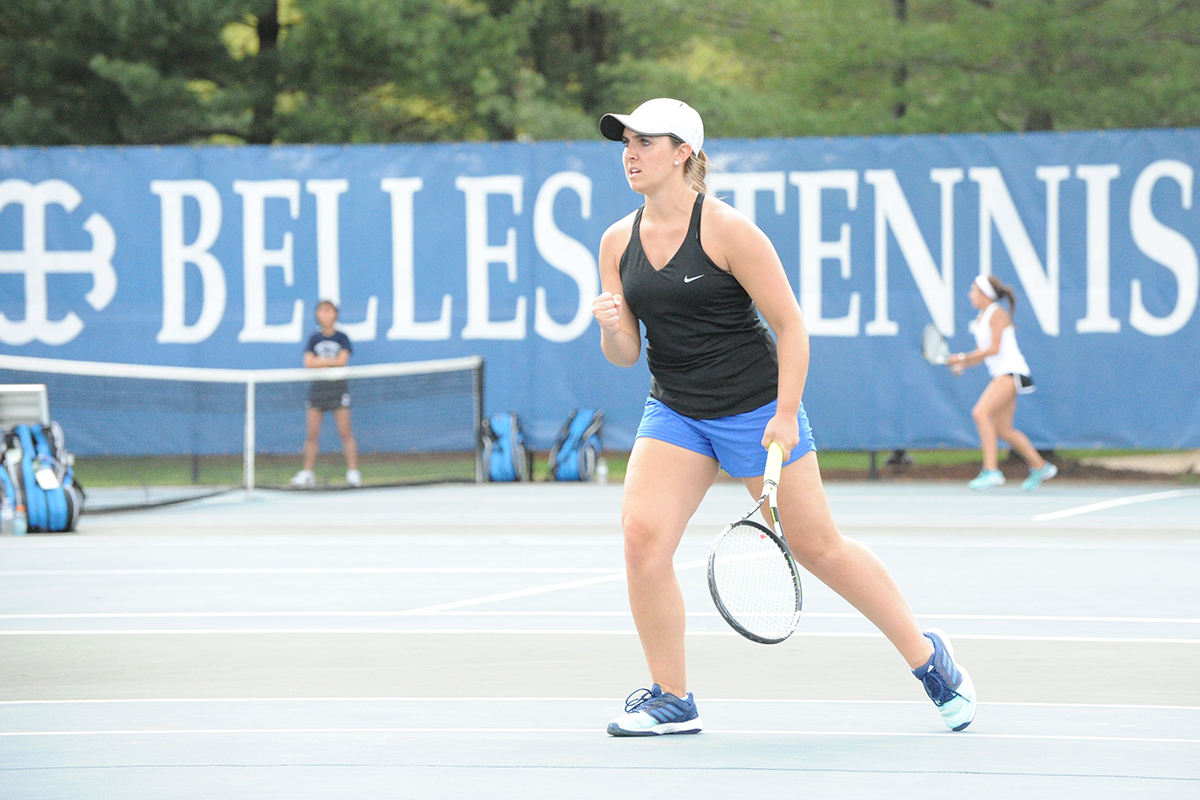 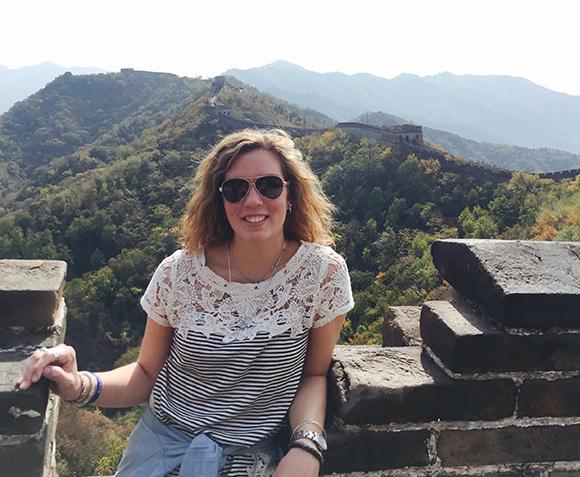 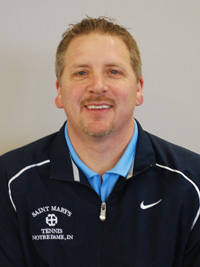 Dale Campbell will begin his 10th season as the head tennis coach at Saint Mary’s College in the 2017-18 school year.

In each of the past nine seasons, Campbell's squads have won at least 10 dual matches while boasting an All-MIAA performer. In 2011, the Belles finished tied for third in the MIAA, marking the team's highest conference finish since 2006. In 2014, the team earned a spot in the top-four only MIAA Tournament for the first time since the conference changed the end of season tournament format in 2011. The Belles have clinched a top-four finish in four consecutive seasons (2014, 2015, 2016, 2017). The 2016 season also saw the program recognized with the first-ever Belle to earn the MIAA's Karen Caine Scholar-Athlete Award recipient in Andrea Fetters '16.

Campbell brings a wealth of experience to the program as he has been teaching tennis for more than 20 years. Certified by the USPTA as a tennis professional in 1988, he served as the Head Tennis Professional at the South Bend Racquet Club and Director of Tennis/Owner of the Lakeland Athletic Club. During his time there, Campbell coached several sectional and nationally ranked players, as well as Division I and professional athletes. He has also served as the Director of Tennis at the Morris Park Country Club in South Bend while also teaching in his spare time.

A 1988 graduate of Central Methodist College, Campbell was a number one singles player for the Eagles. He served as a captain for his college team and was named team MVP.

“Great opportunities are available for the student-athletes here at Saint Mary’s," commented Campbell. "We have the ability here to be one of the top teams and compete on a national level in the near future.”

Midori Leung is in her eighth season as an assistant coach with the Saint Mary’s tennis team in 2017-18.

Midori joined the coaching staff with a wealth of playing and coaching experience. A native of Japan, she played at Kobe College Senior High School and Kobe College. In high school, she competed in the under 16 and under 18 National Junior Championships and was in the top eight singles players in the Western region of Japan while competing in the under 16 age group.

After college, Midori was a semi-professional tennis player for the Nippon Life Insurance Company in Osaka, Japan. During that time, she was ranked 30th in singles and 26th in doubles by the JTA. She was a captain of the Osaka team that was a runner-up in the National Sports Festival in 1991.

In addition to playing tennis, Midori was a part-time tennis instructor at the Sun Royal Tennis Club in Kobe, Japan and was a volunteer coach at her alma mater Kobe College. She has taught tennis clinics for public charities organized by Nippon Life Insurance while in Osaka and has also given private lessons while living in Japan.

Since moving to the United States to teach Japanese in both Elkhart and Mishawaka, she has continued to teach private lessons.

Franca Peluso '11 starts her fifth season as a volunteer assistant coach with the Saint Mary’s College tennis program in the 2017-18 academic year. A native of Pittsburgh, Pennsylvania, she recorded more than 60 combined wins at doubles and singles during her four-year career with the Belles. She currently teaches in South Bend.