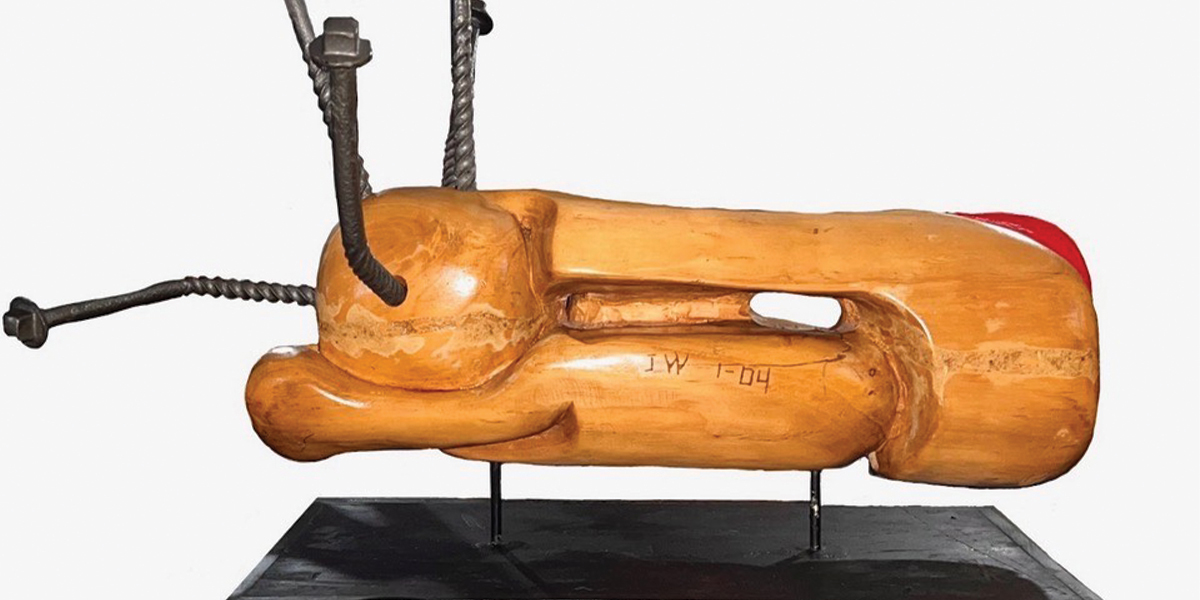 Come Talk with Me: The Art of Jake Webster

Jake Webster is a sculptor, mixed-media artist, and spoken word performer.  His work speaks about the community and the environment in which he lives.  He uses the tradition of direct carving, and applies a contemporary attitude by creating art with whatever is at hand to tell his story.  Webster states, "I use simple tools to cut simple shapes to make a simple statement about a simple world we have made complex."  Jake Webster received a Bachelor of Science Degree in 1975 from Mississippi Valley State University in Art Education. In 1974, with generous support from the Vatican, he spent a semester abroad studying art in Italy, France, and Greece.  He continued his studies at Purdue University's Summer Institute (1982), the Arts Students League of New York (1991), and DePaul University-Office of Applied Innovations (1999).  His work can be found in many public collections (including: Vinsota Sculpture Park, Smithburg, MD) as well as several private collections (including Elkhart, IN).  His studio is located in Elkhart, IN, and is open to the public on weekends and by appointment: 574-326-1114, jakestudio2@gmail.com.