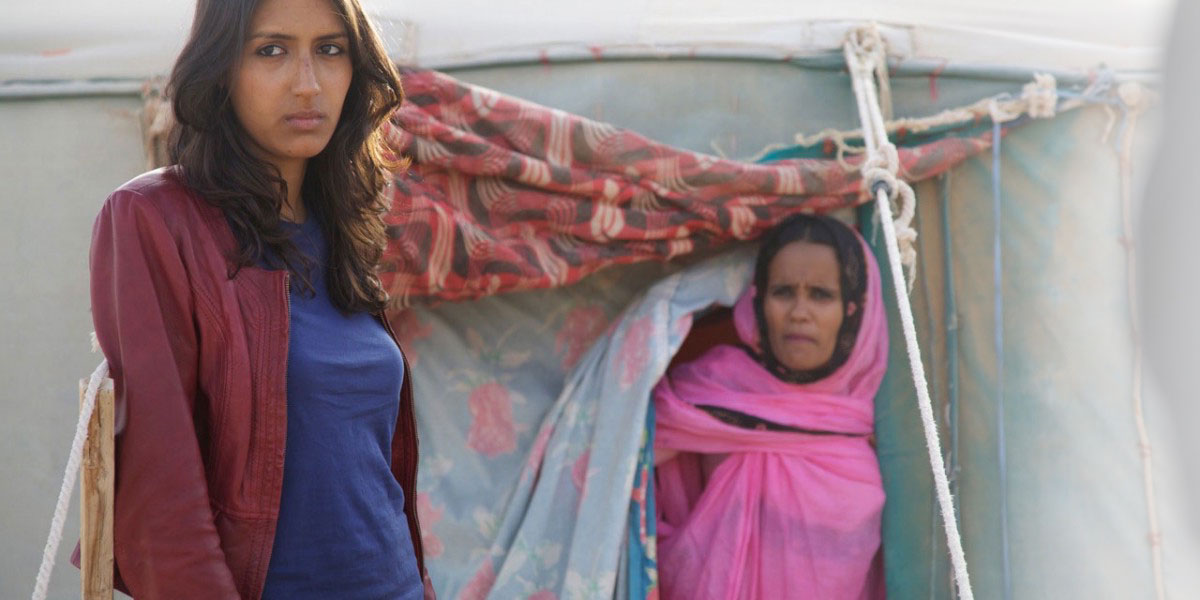 Join us as we screen the fifth of six engaging films from the Spanish-speaking world!

ABOUT THE FILM ON MARCH 18:

Fatimetu is born to a Sahrawi family in a Saharan refugee camp in Algeria and later sent to live with foster parents in Spain. After the death of her mother, she returns to the camp. She has been absent for sixteen years. Her brother now expects her to stay and look after her sister Hayat, who has difficulty walking. Fatimetu, who unlike the other women can drive a car, finds work transporting animals, meat, and bread from one administrative district to another. In time, the Sahrawi people become accustomed to the woman who tears about the desert without a hijab in her beaten up jeep. But Fatimetu is torn between life in the desert and her memories of her family and friends in Spain. With unprecedented access to the Sahrawi community, Pedro Pérez Rosado, provides a voice to this unrepresented group of refugees and their struggle for independence. The outstanding performance of newcomer Nadhira Mohamed, who was herself born in a refugee camp in Tinduf, landed her the Best Actress award at the Abu Dhabi Film Festival.