"Maria" from Sesame Street to Speak to Multiethnic Graduates

"Maria" from Sesame Street to Speak to Multiethnic Graduates 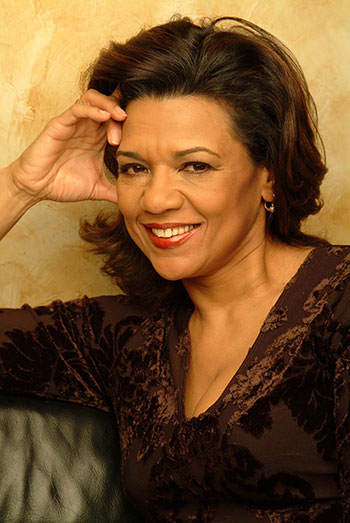 Sonia Manzano, known to most as
"Maria" on Sesame Street, is the speaker
at the 2013 Multiethnic Commencement
Celebration.Contact:
Gwen O’Brien
Director of Media Relations
Saint Mary’s College
(574) 284-4579

April 24, 2013 (Notre Dame, Ind.)—Saint Mary’s College is proud to announce that actress Sonia Manzano, "Maria" on Sesame Street, will speak to the 51 multicultural members of the Class of 2013 on Sunday, May 5 for the sixth annual Multiethnic Commencement Celebration. The event will be held at 6:30 p.m. in the Student Center Lounge. While it is not open to the public, the media is invited to cover the event. (Click for campus map.)

The Student Involvement and Multicultural Services (SIMS) office is the host of the Multiethnic Commencement Celebration. SIMS provides services and programs that address the academic and personal needs of the underrepresented students at the College, while offering multicultural education opportunities for the entire campus community.

“We are excited to honor the Multicultural Class of 2013. They have worked hard and overcame varying challenges to graduate from Saint Mary’s College and each of them will be outstanding alumnae who will contribute greatly in whatever field they pursue,” said Stephanie Steward-Bridges, director of SIMS.

Steward-Bridges said Manzano was chosen as speaker because of her connection to “Sesame Street,” among her other many life achievements. “Sonia probably touched many of the graduates’ lives with her work on ‘Sesame Street.’ As the seniors move into adulthood, her message on civic responsibility will help them connect with their past as they transition into this next phase of their lives,” she said.

Manzano was raised in the South Bronx of New York City as a first-generation American of Latino descent. From the High School of Performing Arts to a scholarship at Carnegie Mellon University of Pittsburgh, Manzano was encouraged to pursue her involvement in the arts from a young age. In her junior year of college, she traveled to New York to star in the original production of the off-Broadway show, “Godspell.” Within a year, she joined the production of Sesame Street, and broke ground as one of the first Latino characters on national television. Manzano was twice nominated for an Emmy for Outstanding Performer in a Children’s Series.

In addition to her awards as a Latina performer, Manzano is an acclaimed author. She wrote the best-selling children’s book, No Dogs Allowed! which was selected by the General Mills initiative “Spoonfuls of Stories” to encourage childhood literacy. As a member of the “Sesame Street” writing team, she won 15 Emmys and continues to create scripts for children’s programs as well as other literary ventures.

Manzano is also an activist who strongly believes in the success and education for children. She has been honored by numerous organizations, received the Congressional Hispanic Caucus Award in Washington, DC, the Hispanic Heritage Award for Education, and an honorary doctorate in fine arts from the University of Notre Dame; was inducted into the Bronx Hall of Fame in 2004; and was voted one of the most influential Hispanics by People Magazine en Español. Manzano is known for her engaging voice that brings light to her story and other’s lives.

Silvia Cuevas ’13, a multicultural member of the Class of 2013, expressed her experience as a Latina college student. “It is frustrating to see that only half of my childhood friends will finish with a college degree. These low statistics are disheartening, but push me to motivate the young to continue on to college because there is so much more of the world they have yet to see,” Cuevas said.

Cuevas expressed her gratitude for her Saint Mary’s College experience. “I am very grateful for my Saint Mary’s education and all the fine people I have met along the way on this journey. I will miss my days here, but the education I have received is not meant for sitting around and twiddling my thumbs. I will use it to be a catalyst for change. I hope the rest of my classmates are also eager to go above and beyond, and that they won’t allow fear or doubt hinder them from doing so. Si se puede!”

With excitement for the Multiethnic Commencement Celebration, Cuevas said, “I believe Sonia is living out her social and civic responsibility to speak to people about the importance of not letting fear or doubt hinder you from going above and beyond. She’s an example of someone who saw her ability and used it, full force.”