37 Words That Opened Opportunities for Women

37 Words That Opened Opportunities for Women

With Notre Dame’s football home opener this past weekend, sports are certainly in the air around the tri-campus community. Here on our own campus, we are focused on our athletes getting back on the fields, courts, trails, and courses where they compete in NCAA Division III. And it’s an important year for women in athletics. 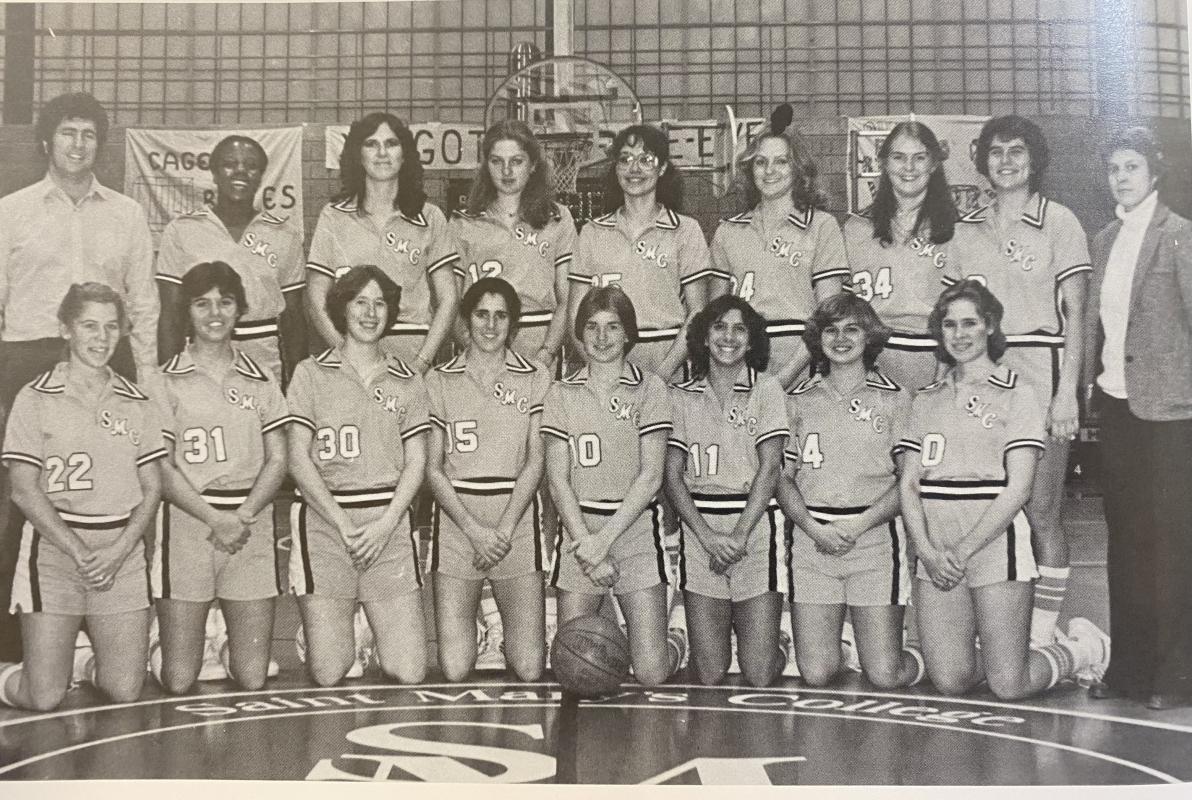 Indeed, everywhere we look these days, it seems there is a celebration of 50 years of Title IX, the 1972 law that is all about equal opportunity in education, regardless of gender. Title IX was never explicitly about athletics, though most people seem to think of it in that context, and most of the 50-year celebrations are about athletics. Actually, Title IX was a follow-up to Civil Rights legislation that had offered protections for women in the workplace but had been silent on educational opportunities. Title IX comprises just 37 words: “No person in the United States shall, on the basis of sex, be excluded from participation in, be denied the benefits of, or be subjected to discrimination under any education program or activity receiving Federal financial assistance.”

This legislation was introduced and championed by Birch Bayh—U.S. Senator from Indiana! Bayh was an ardent advocate for women and was in the forefront of the Equal Rights Amendment (ERA) movement. His advocacy for Title IX was visionary; he saw its enactment as “an important first step in the effort to provide for the women of America something that is rightfully theirs—an equal chance to attend the schools of their choice, to develop the skills they want, and to apply those skills with the knowledge that they will have a fair chance to secure the jobs of their choice with equal pay for equal work.” Unfortunately, we still don’t have equal pay for equal work in this country, and women’s colleges must continue to push for that goal.

I remember clearly when Title IX was passed because I was just beginning high school. My father, an attorney for the US Army JAG Corps, had an outsized interest on behalf of his four daughters. He pushed hard for equal opportunity in Leavenworth, Kansas where three of us attended high school, insisting that the girls’ athletic teams needed to have their share of quality after-school practice times and reminding the school district at every turn that it was not fair for the boys’ teams to have all the “prime time” slots for games while the girls played earlier in the day to empty stands. I was a middling athlete, but my younger sister Missy was a terrific basketball player who went on to become captain of the Notre Dame women’s team in their early varsity years.

Today, as I survey the landscape from my vantage point as the President of Saint Mary’s College, I am aware of how many institutions are touting the progress made over the past half-century—“Look how far we’ve come!” And I can’t help but note that at many big-time athletic institutions, women still don’t have truly equal opportunities. But at Saint Mary’s, our entire purpose—from our founding in 1844—has been to provide access and opportunity for women. We don’t have to decide how to divide resources across genders. We don’t have to parse the advantages related to practice times and game times. We are all about women and their opportunities. And women have been our priority through all the transitions and affiliations that moved us from club sports to varsity sports to our current NCAA Division III status in 1990 and then in 1997 into the Michigan Intercollegiate Athletic Association (MIAA), the oldest Division III Conference in the nation.

I’m delighted to see that one of the 50-year celebrations of Title IX will take place right next door at the University of Notre Dame. This fall, Notre Dame will recognize women who competed under their banner during the first five years of coeducation (1972-77), and they will confer honorary monograms on many of those women in a ceremony in October. 58 of the 250 monograms will go to Saint Mary’s College graduates who played on teams alongside early women students at Notre Dame. We will celebrate these athletes on our campus as well.

And this gets me thinking once again about my father, who died at age 90 in 2018. I wrote his obituary, which included an appreciation of his commitment to gender equality. He was obviously an early and avid proponent of Title IX. Girls’ participation in high school athletics has grown to 10 times what it was when Dad argued with local school officials on behalf of female athletes. Today, even more women athletes are demanding that colleges and universities flex their muscles to show that they have made good on those 37 words etched in the federal civil rights law passed 50 years ago. Saint Mary’s supports—and celebrates—women athletes, here and everywhere, as our nation continues to make real this part of the promise of Title IX. Yes, there has been progress, but across the higher education sector there is still work to be done.

P.S. I love the fact that when Sports Illustrated dedicated their June 2022 issue to 50 years of Title IX, the cover of the magazine was designed by a Saint Mary’s alumna, Marguerite Schropp Lucarelli '93. Lucarelli is director of photography at SI, and former photo editor for The Observer!