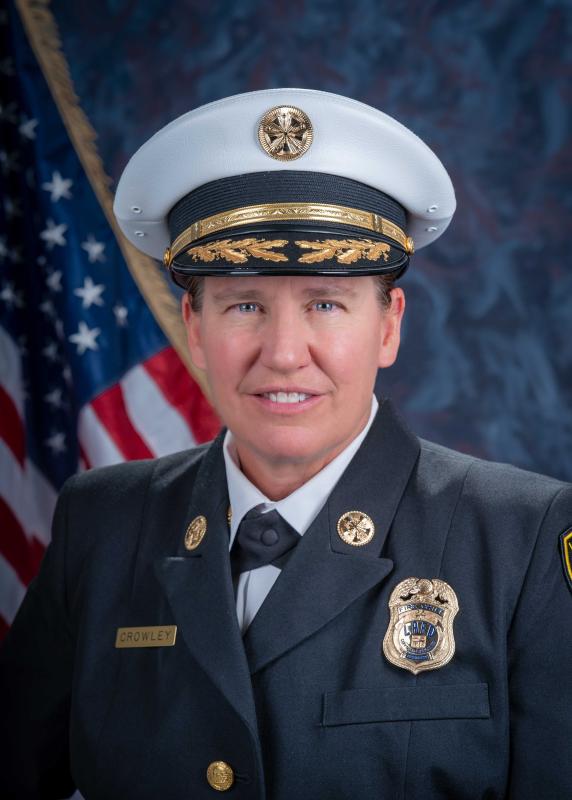 Saint Mary’s College alumna Kristin Crowley ’93 is making history on March 25 as she becomes the first woman to lead the Los Angeles Fire Department. She will be sworn in as fire chief at 3 p.m. in a formal ceremony, surrounded by fellow firefighters, family, and friends.

When announcing her appointment earlier this year, LA Mayor Eric Garcetti hailed Crowley as “a leader of exceptional character” whose brilliance and commitment “propelled her rise through the ranks of the LAFD.” Upon hearing the news, those who remember her from Saint Mary’s use nearly identical adjectives to describe Crowley.

“Kristin was a very ‘together’ student,” said Nancy Nekvasil, professor emerita and former interim president of Saint Mary’s College. “She worked hard, she was fun, she was dependable, and always respected others around her—and she had goals. These are the same attributes that, I’m sure, moved her into the amazing position she will formally take on.”

Graduating with a degree in biology on a pre-med track, Crowley spent a great deal of her undergraduate time in an academic field dominated by men. Being at Saint Mary’s allowed her the chance to explore her career options, see the possibilities, and imagine a world in which she could excel as a woman, in any field.

“I absolutely attribute a lot of my success to Saint Mary’s,” Crowley said, in a phone interview from her office in Los Angeles. “I also went to an all-girls high school. These experiences gave me the time to really look at what I wanted to do without any biases. I left Saint Mary’s planning to become an orthopedic surgeon, but I knew that whatever career I chose, I was prepared for it.”

After graduation, Crowley and her roommate, Karen Lorton-Vella ’93, moved to California. Her first order of business was her EMT training, which led her to the fire department. She officially joined the LAFD 22 years ago, first as a firefighter, then rising to firefighter paramedic, engineer, fire inspector, captain I, captain II, battalion chief, assistant chief, fire marshal (also the first woman to do so in LA), then deputy chief. When she became deputy chief in 2016, she was only the second woman to do so in the department’s 136-year-history.

Her ascension to fire chief has caught the attention of the world. Following the announcement on January 18, Crowley has become a minor celebrity, featured in multiple national and international news reports and articles, as well as making appearances on the Today show and The Kelly Clarkson Show. Every account has praised her history-making turn.

“I’m not surprised that people are responding to this, because it’s good to tell this story. People understand that it’s a big moment,” Crowley said. “But I am surprised at how many people are interested in telling it. I think that of the 3,779 people in the Los Angeles Fire Department, they see only 3% of them are female. 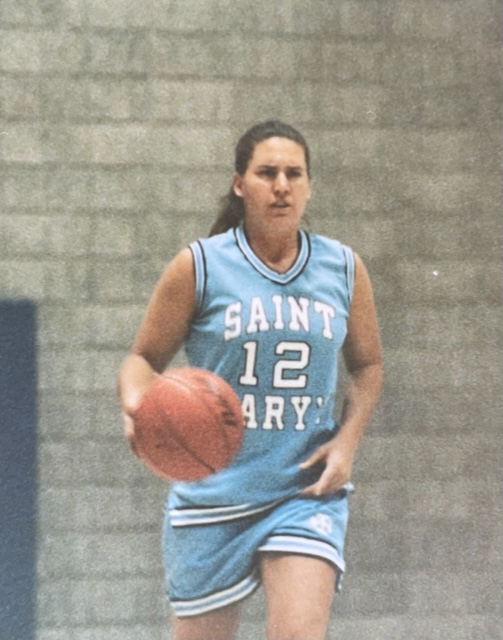 What an incredible opportunity to challenge the status quo and place the most highly qualified person for the position—who happens to be a woman.”

Crowley is adamant that Saint Mary’s played a strong role in her life. When she was a student at Saint Mary’s, she was a varsity athlete, playing both soccer and basketball. “Being part of two athletic teams—having that wonderful experience—absolutely impacted my ability to persevere. It kept me focused. I had to learn to manage my time. It was something I had to do every day…balance my academic and physical endurance.”

JoAnn Nester, athletic director at the College from 1984-93, was also Crowley’s coach for a time.

“At a rigorous academic institution like Saint Mary's, excelling in two sports and excelling in academics was extremely difficult. It speaks to her tenacity, organization and dedication to excellence,” Nester said. “It doesn’t surprise me at all that Kristin has risen to this level of excellence and responsibility. She demonstrated leadership ability throughout her career at Saint Mary's, and I can only say how happy I am that she has proven her leadership ability and devotion to excellence.”

In nominating her, Mayor Garcetti said Crowley has “proven her determination and bravery on the job time and again. She’s also shown this city her heart, with her tireless commitment to helping students access life-changing educational opportunities.”

Nester has kept in touch with Crowley, regularly checking in with her as she does with many of her former student-athletes. “Kristin is a perfect example of the potential developed at Saint Mary’s and the emphasis placed on leadership.” 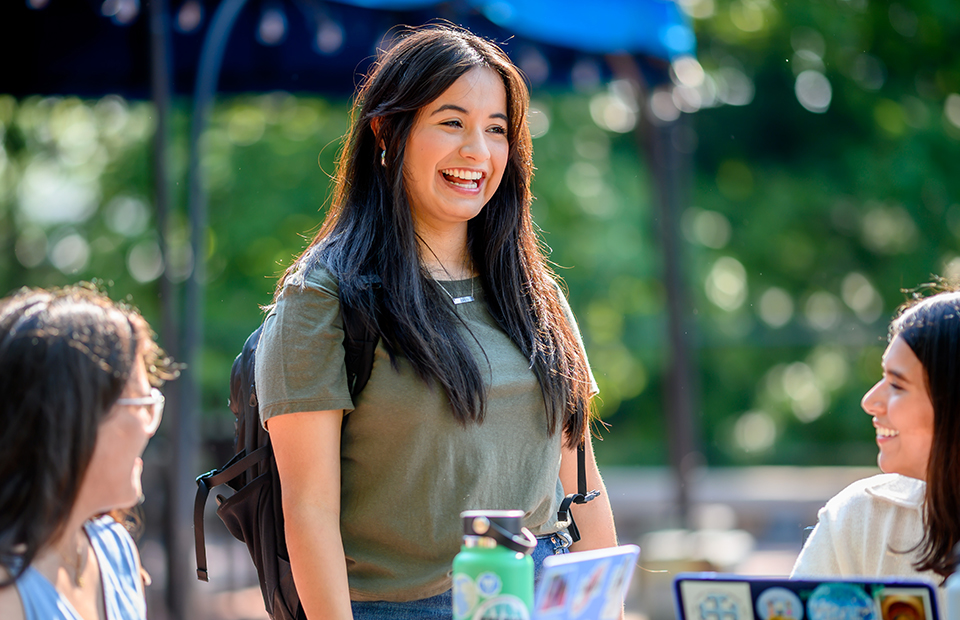 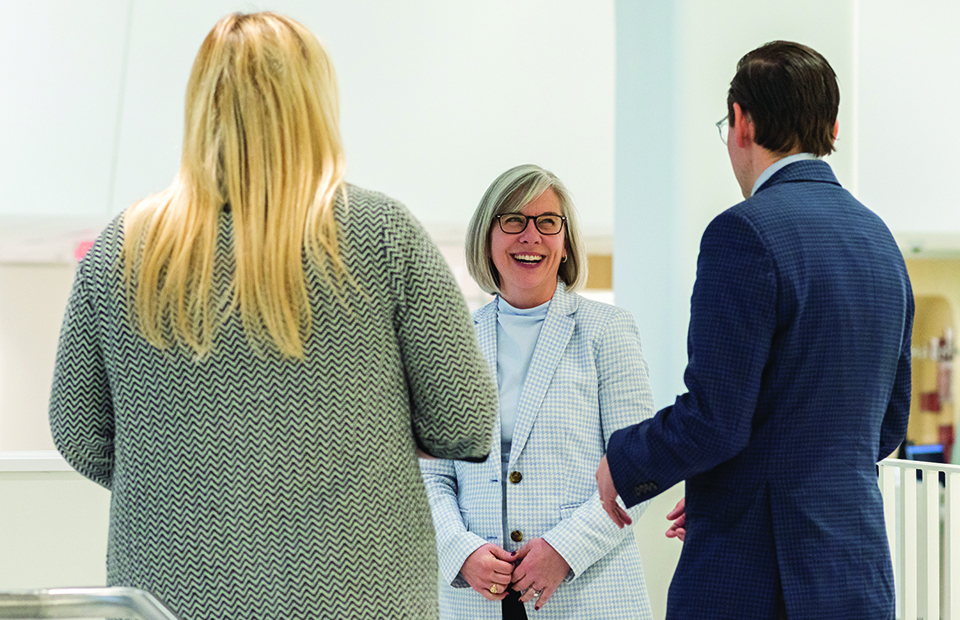 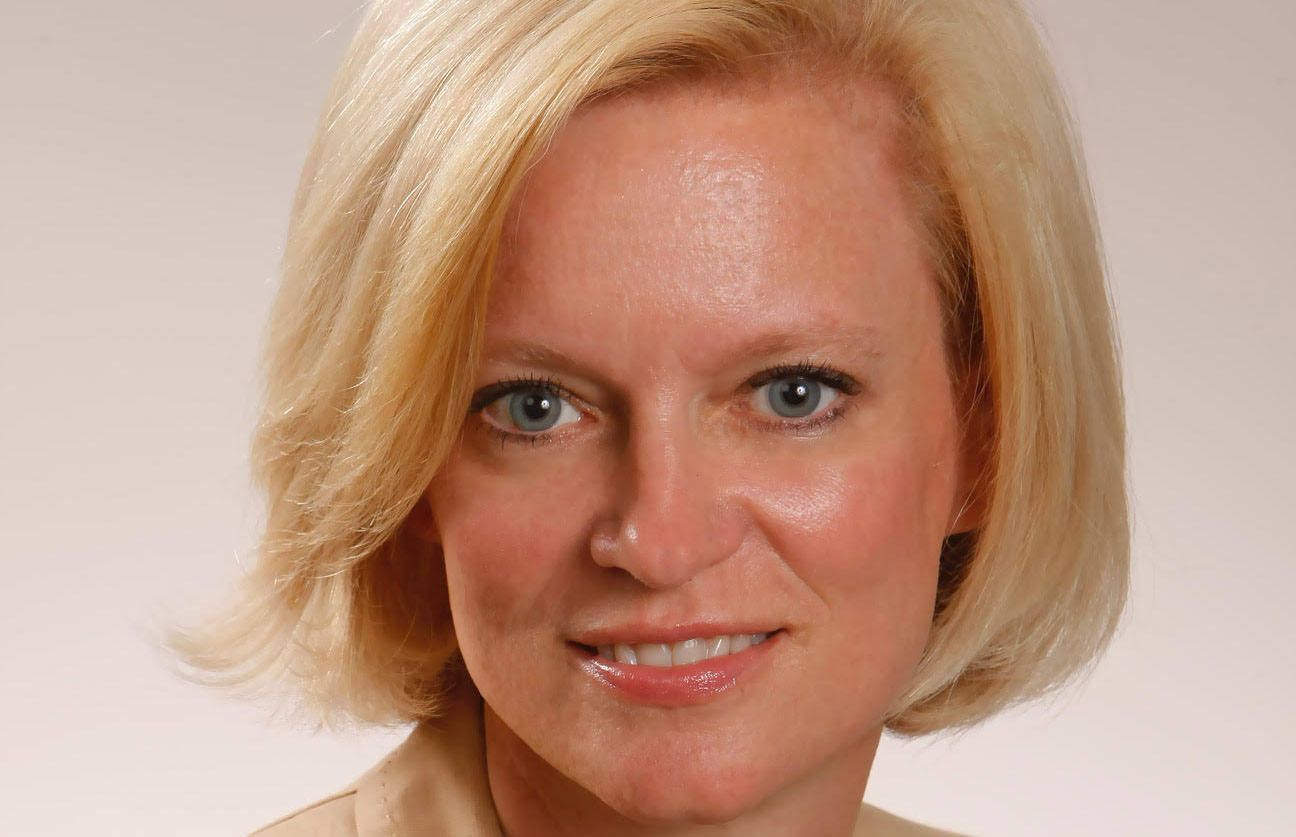