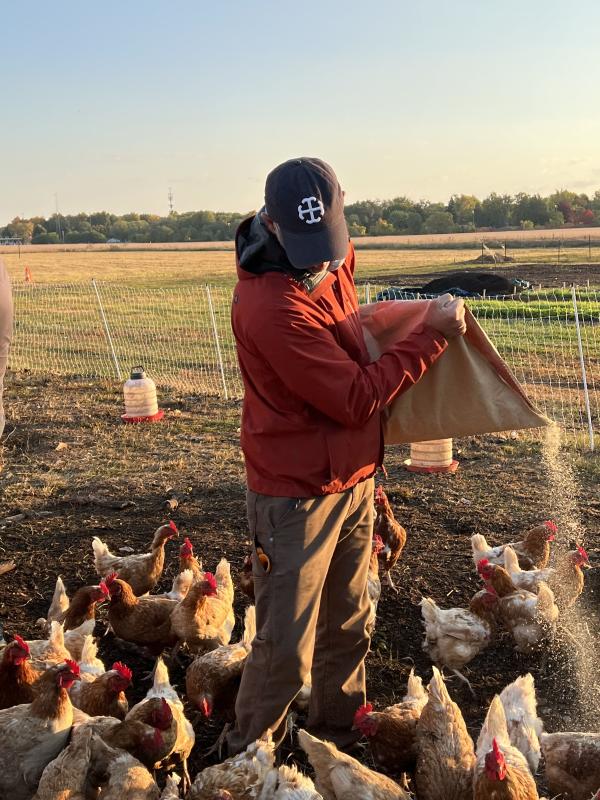 while talking about the future of the Sustainable Farm at Saint Mary’s. The farm, unveiled in 2020, sits on a five-acre plot on the northern edge of campus, and growing toward is meeting its full potential with the arrival of its newest farmer.

Insley joined the College in August after spending the last several years as manager of Julian of Norwich Farm in South Bend. Prior to that he worked at the St. Peter Claver Catholic Worker, a local ministry that houses people who were formerly homeless, where he noticed the lack of nutrient dense food the homeless were receiving. Now, at Saint Mary’s, Insley is passionate about working at the nexus of faith, food, and justice.

The Farm, which is housed in the Mission Division of the College with support from the Sisters of the Holy Cross, is rooted in Catholic tradition. “A real work of mercy is to try and restore the Earth, so we’re thinking about the connection to Earth, the connection to land production, justice, and the value of work and labor,” said Insley.

On October 4, the feast day of Saint Francis of Assisi, the Division of Mission hosted the inaugural Francis Farm Fest at the Sustainable Farm. That day, Saint Mary’s students and community members invited God’s blessing on the land, and symbolically gave back to the Earth by planting blueberry bushes. Insley noted these connections between our faith and our lived experiences on the land are so important to the success of the farm, saying, “we’re engaging our hearts and our hands in the work of doing justice in the world.”

Part of the College’s vision for the farm is to address food insecurity within the immediate neighborhoods of Saint Mary’s by providing fresh produce straight from our land. The farm will provide a full range of popular fresh produce like tomatoes, melons, and greens, beginning next Spring. To this end, Insley hopes to build relationships with families in the community and partnerships with local non-profits. “We want to provide families with food they want to eat and have students and community members engage in the growth of that food,” he said.

Insley sees students on the farm every day, wanting to be involved in any way they can. Through the partnership with the Office for the Common Good, students volunteer in 90-minute shifts each week, and have a hand in everything from laying compost, feeding the chickens, building permanent garden beds, moving mulch, to even digging fence posts. In the Spring they will be involved in a full range of growing tasks from seeding and tending to plants in the greenhouse, to transplanting, weeding, harvesting, and packing food for distribution.

The farm is an integral part of the Saint Mary’s community as a whole, with plans to collaborate with students across disciplines, including business, design, environmental studies, humanities, and art. For instance, the art department is currently growing dye plants for a more sustainable way to use dyes in the classroom.

Christopher Cobb, associate professor of English and environmental studies, serves as the education director for the farm. He says developing a local, sustainable food system is one of the most effective ways to address the climate crisis. “The farm’s growing practices sequester carbon in the soil and produce fewer carbon emissions than industrial agriculture,” said Cobb. He also added the benefit of providing local food rather than shipping food long distances, reducing carbon emissions.

The farm has seen several changes since Insley’s time on campus, 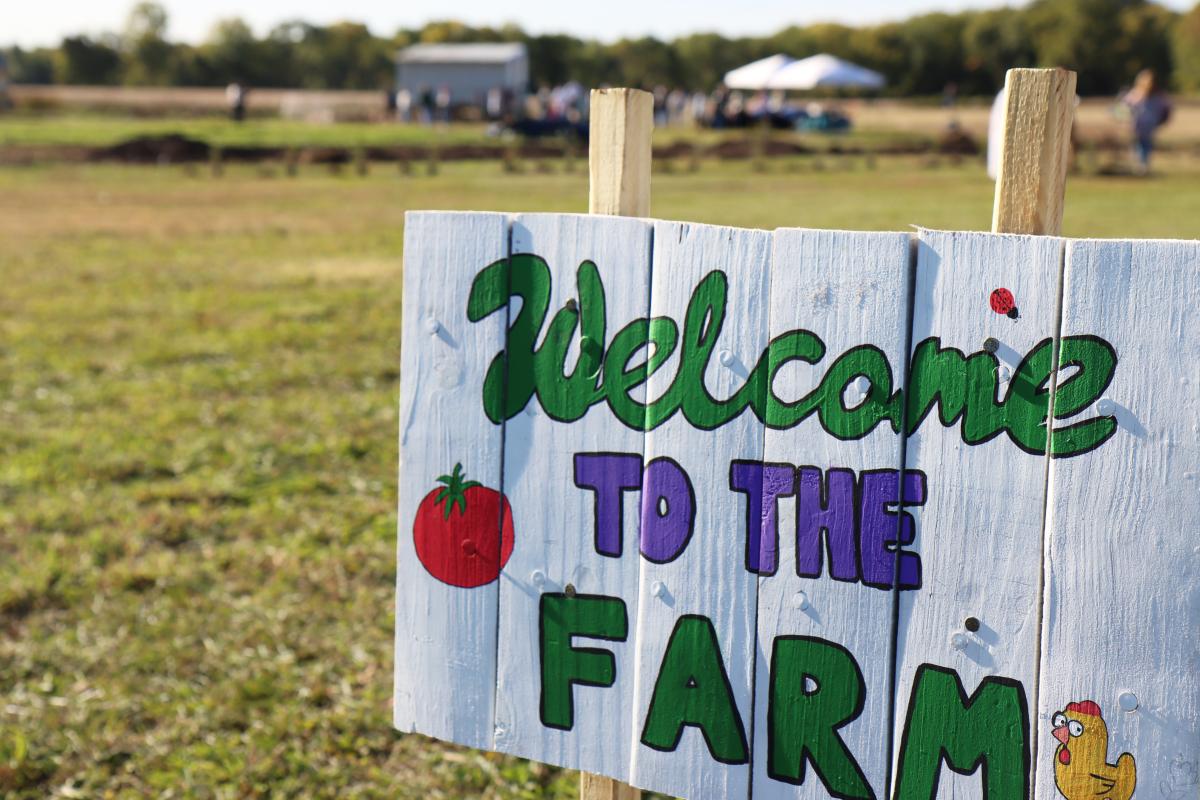 the most obvious being the chickens he acquired on loan from a local farmer to remove sod in new garden spaces and fertilize the land. They also yield around 40-50 dozen eggs a week, which are going to staff and students this Fall. A pilot program for now, he is optimistic that the College community's enthusiasm for the chickens indicate a willingness to explore various ways land can be sustainably tended. He also plans to expand the farm across two acres of land, which he describes as partly what attracted him to Saint Mary’s. “This open land is so unique to a College, and I am grateful to be involved in its stewardship for production, education, and spiritual integration,” said Insley. 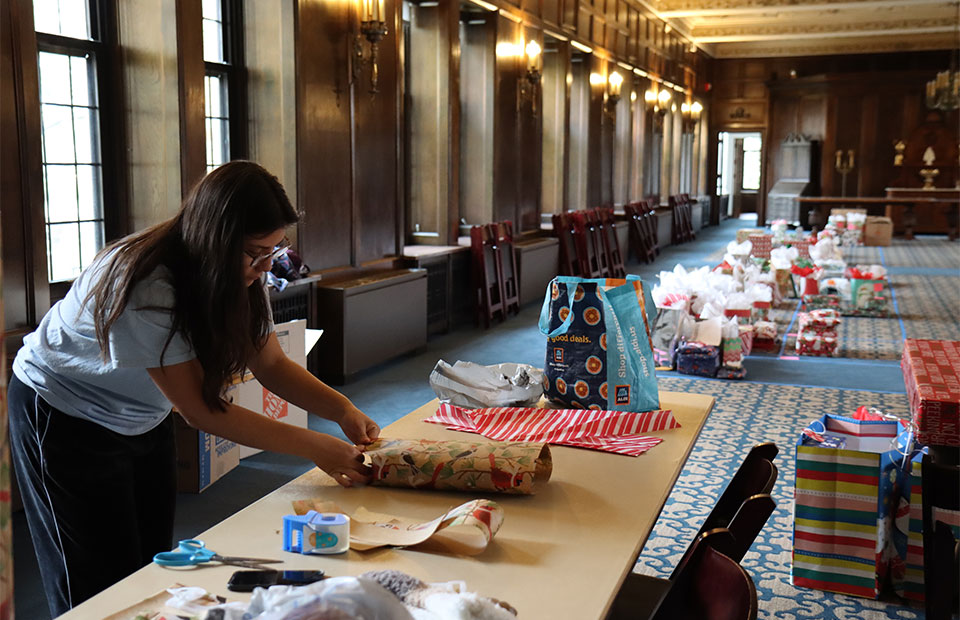 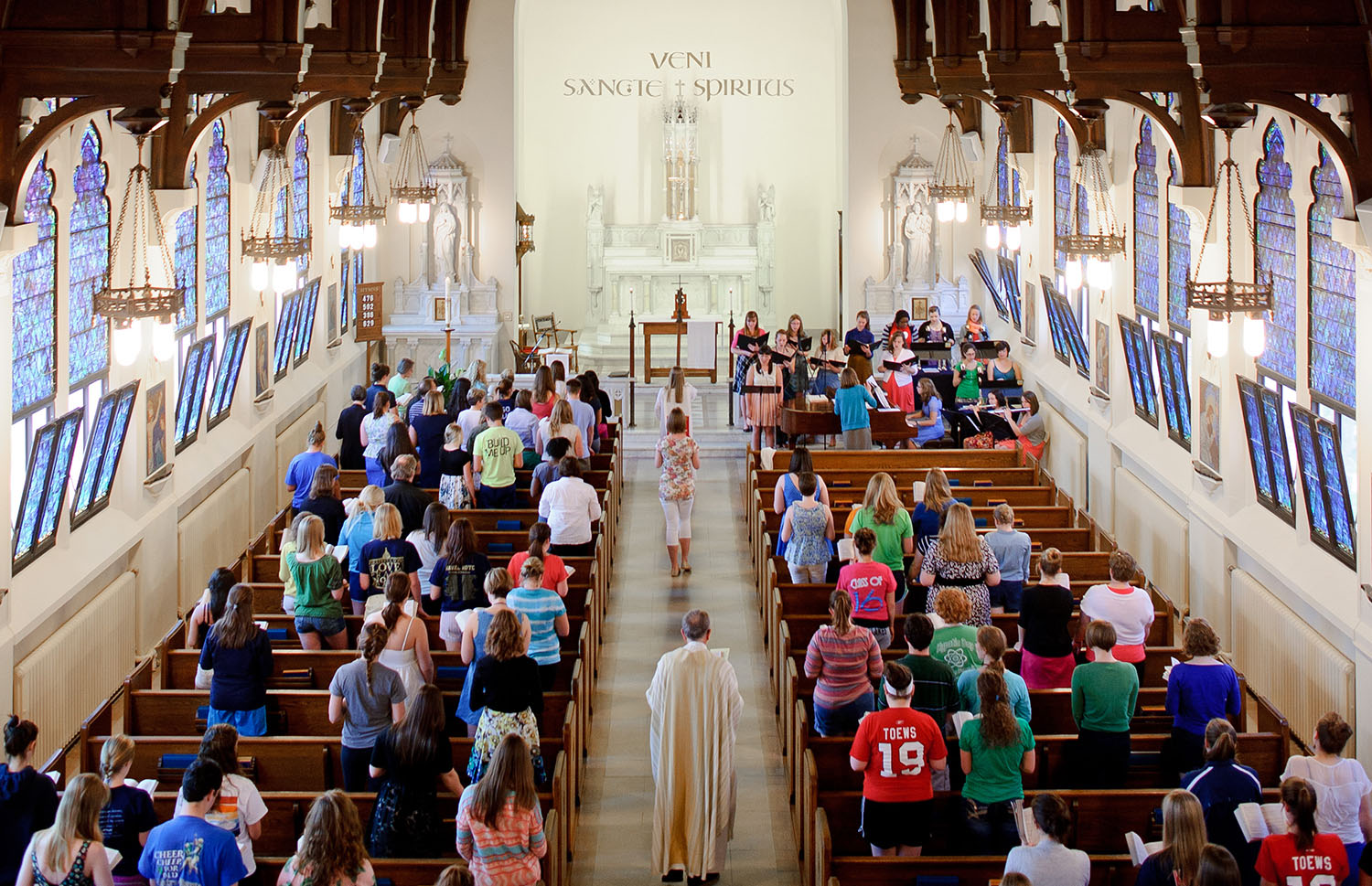 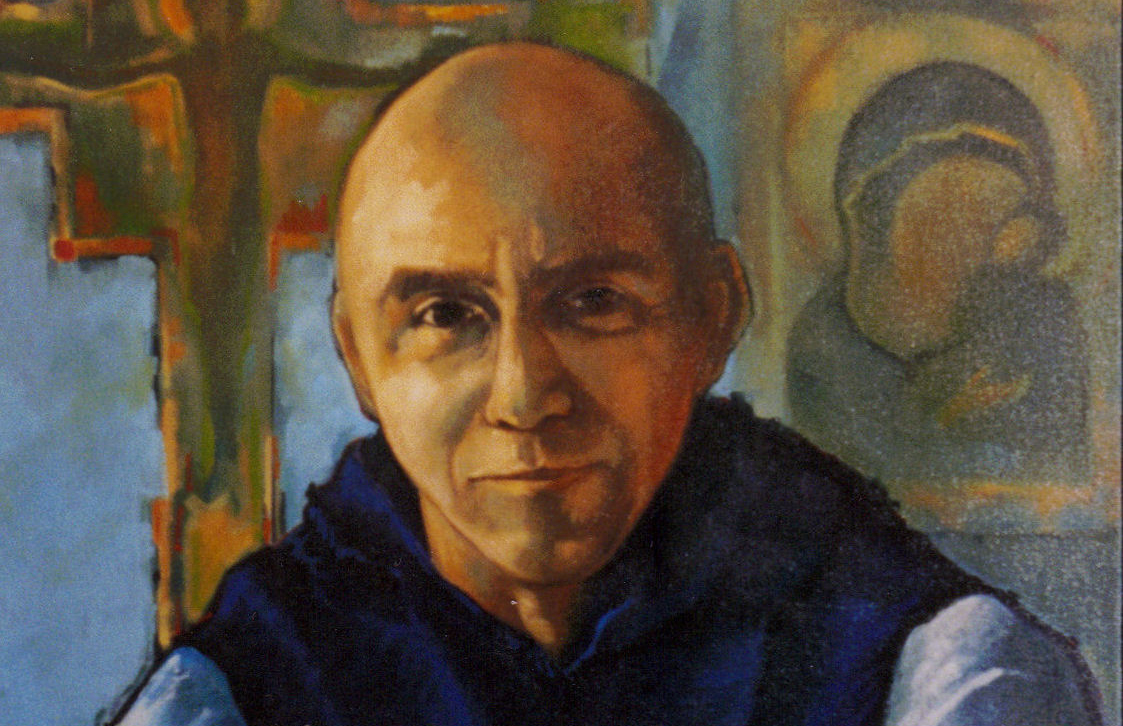