In Honor of LAX Seniors

In Honor of LAX Seniors 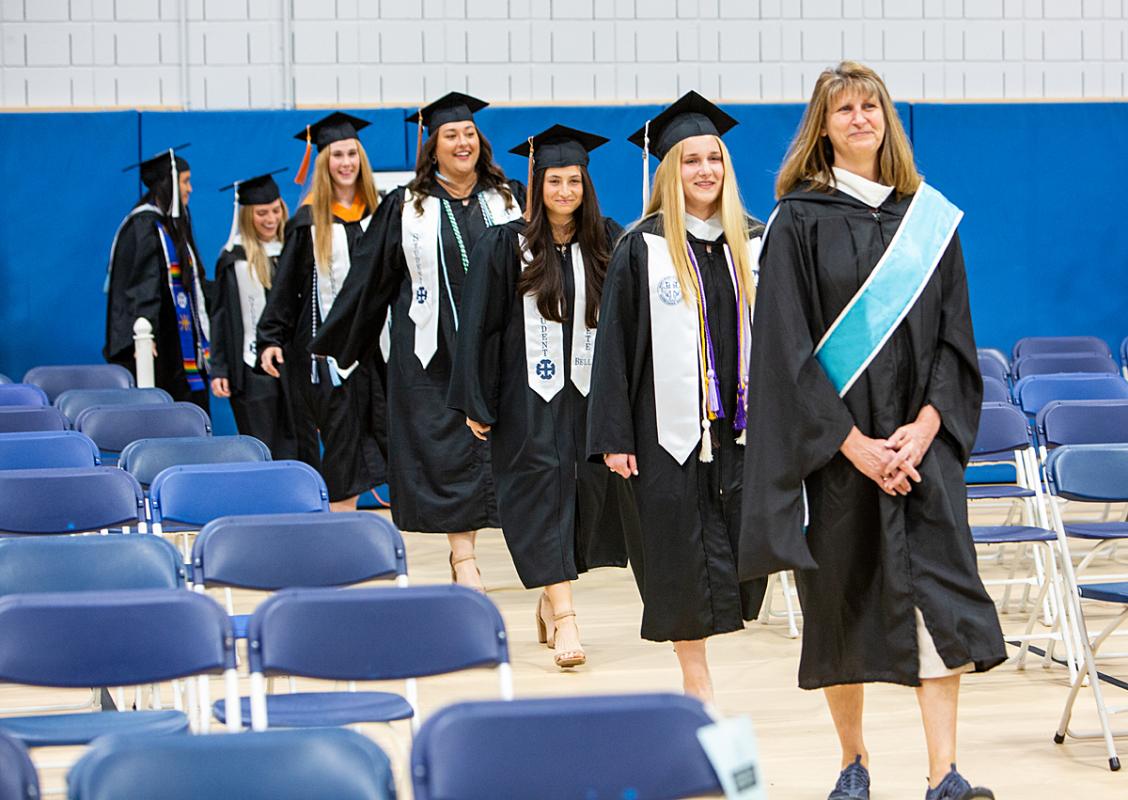 The 10 seniors on the varsity lacrosse team have been on an emotional rollercoaster ride this week as they prepare to leave their Saint Mary’s home. After winning the MIAA Championship last Saturday, an unexpected feat that propelled them to the first round of the NCAA Tournament, they soon learned they’d be traveling to Denison, Ohio, to compete.

The trouble is, the game is on Saturday, May 14. The day they were scheduled to graduate with the rest of the Class of 2022. Immediately, the seniors knew they’d have to miss their Commencement ceremony. But Director of Athletics Julie Schroeder-Biek had another plan in mind. After reaching out to the President’s Office, a plan was quickly enacted to create a celebration ceremony for the students.

“For four years, as a student, the culmination is to graduate,” Schroeder-Biek said. “When you’re a student athlete, you always want to compete in the last game. This year it just happened that they had both of them on the same day.” She said that while it rarely happens that both culminating events clash like this, when it does, it can be heartbreaking.

So this year, on Thursday, May 12, all 10 student athletes lined up inside Angela Athletic & Wellness Complex, the rain location for Saturday’s Commencement. They were led to the stage by a cohort of faculty and College administrators who processed in full regalia to a spirited version of “Pomp and Circumstance”. At the front of the line was Saint Mary’s President, Katie Conboy. As their names were read, each student-athlete walked across the stage, received their diploma, and were officially pronounced College graduates. 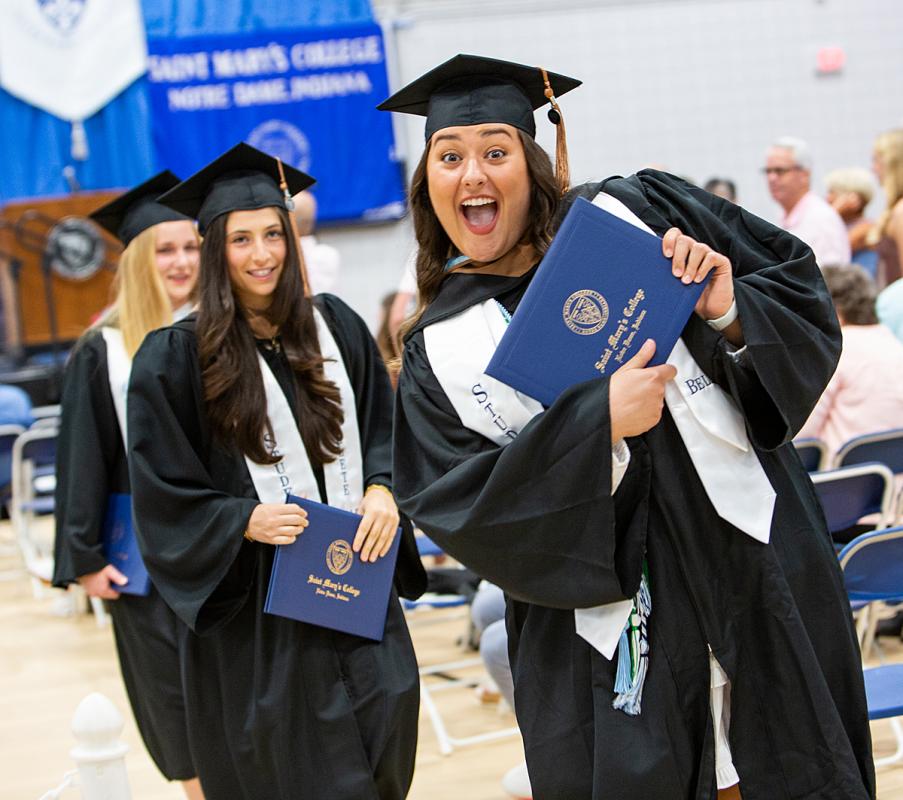 “The fact that it came together so quickly, and the College rallied around these teammates, it morphed into something better than we expected,” Schroeder-Biek said. “It means so much to the athletic department, and to the student athletes and their families.”

She added the majority of the seniors’ families and friends were able to be there as well, and those who couldn’t make it, viewed the ceremony via livestream.

“It’s definitely exciting; I didn’t think I was going to be able to graduate,” said senior Gabby Belisto, a attack/midfielder who graduated Thursday with a degree in accounting. “I think it’s really nice they put this together for us. My mom is especially excited that she could be here!” 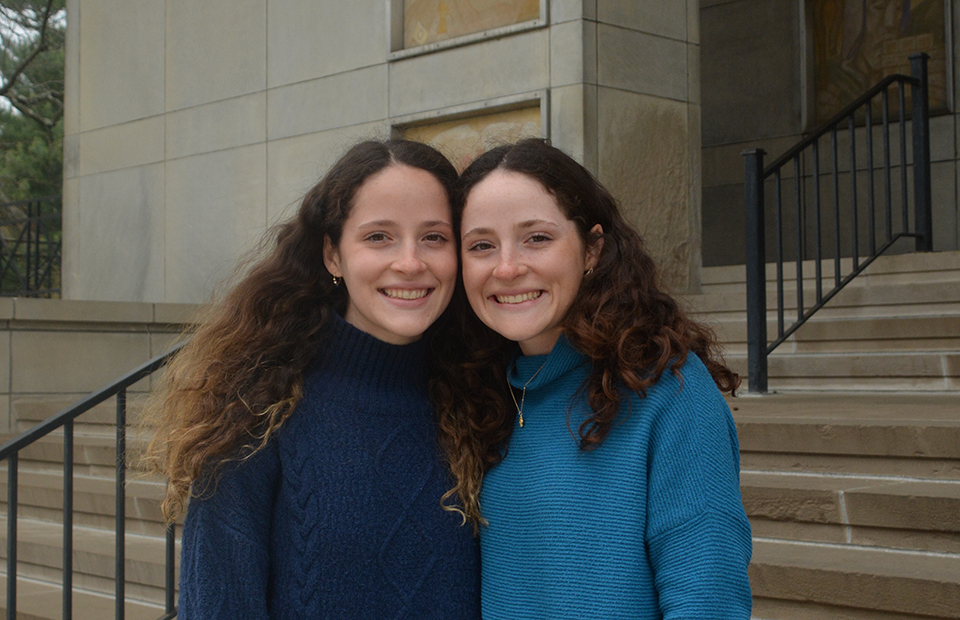 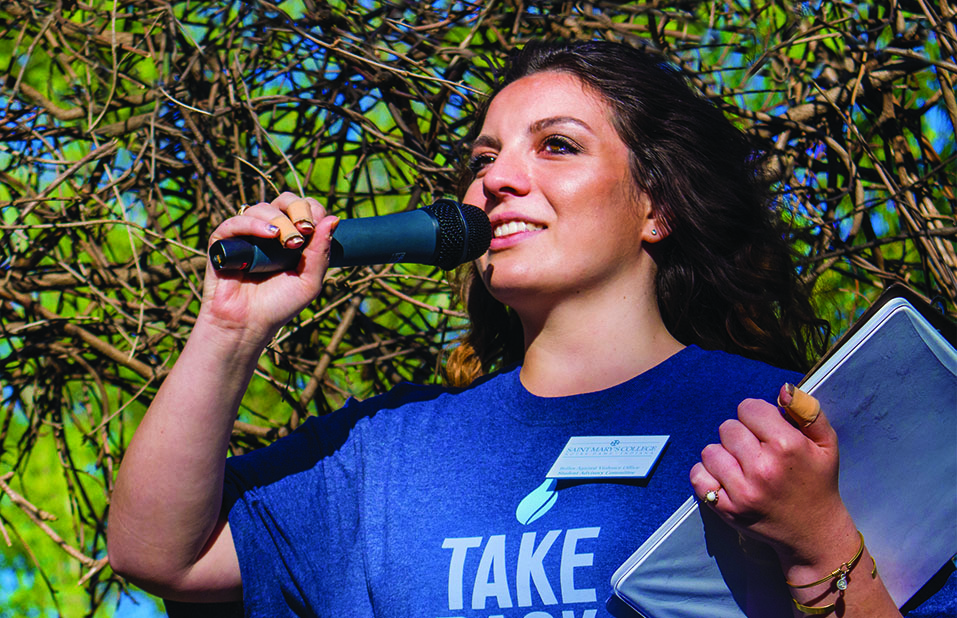