Leaning Out and Listening | Saint Mary's College, Notre Dame, IN

Leaning Out and Listening

Leaning Out and Listening

Church of Our Lady of Loretto, Sunday, January 24

Good morning.  My name is Katie Conboy, and I suspect I am one of the newest members of the Loretto community.  I moved to South Bend on June 1st of last year to begin serving as President of Saint Mary’s College—after working in the Boston area for 35 years.  I wasn’t a complete stranger to the region—my husband Tom O’Grady and I both earned Ph.D.s in English Literature at Notre Dame back in the mid-eighties; we were married in the Basilica in 1985.  My sister Missy Conboy has been a pillar of the Athletics Department at Notre Dame for over three decades, and my mom, Taine Conboy, is a resident of Andre Place in Holy Cross Village.  So, with my move, the Conboys have got the tri-campus community covered!

I was here on my own for the first few months while Tom wrapped up pieces of our lives in Boston, but he and our two cats—Miss Peggy Lee and Brigitte Bardot—joined me in September, and we are eager to be connected with people in ways that have been simply impossible up to this point.  I knew I was coming (in the middle of a pandemic, no less) to what would be a vibrant College community.  I knew I could count on making deep connections with the Sisters of the Holy Cross, whose work I love, admire, and am inspired by each day.  But frankly, this Loretto community is a gift I wasn’t expecting, and it has been a lifeline, a buoy, an anchor in these tough times.  I know only a small handful of you personally, but I truly look forward to worshipping with you each week—and to gathering in person when we can.

I think a lot about what is at the heart of today’s readings: the idea of deep and mindful listening—of hearing a call and responding to it.  When we meet Jonah in today’s first reading, he is already doing “take two” on listening.  We all know the preceding story—how the word of God came to him, and he fled in the exact opposite direction of Ninevah, boarding a ship to Tarshish, closing his ears to the call.  He has to be subjected to an extreme journey: tossed on rough seas of his own making, thrown overboard on his own order, and then swallowed by a large fish—only to spend three days and three nights in its belly before repenting and opening himself to this second call in today’s reading.  He learns the hard way that God’s command to preach to the sinful city of Ninevah is not just “your mission, should you choose to accept it.”  And he also learns that God had not given him a “mission impossible.”

Jonah’s prophetic message conveys that time is running out for Ninevah to repent.  Jesus issues a similar imperative in Mark’s Gospel: “The reign of God is at hand. / Change your hearts and minds, and believe this Good News!”  Scholars have pointed out that the Greek word for “repent” means “to change one’s mind.”  But the Hebrew equivalent is translated as “to turn around 180 degrees.”  We know Jonah had to do that.  Having fled west to Tarshish, he makes a literal “180” due east to Ninevah.

Jesus’ call to Simon, Andrew, James, and John requires more of an internal reorientation.  In listening and responding, these followers have to drop the nets of their fishing livelihood and leave behind family and community.  They can do this only if their hearts and minds are open to seeing Jesus as more than a prophet, more than John the Baptist, the story of whose arrest launches this Gospel passage.  Our translation says—right at the end of the passage—that these men “went off in the company of Jesus.”  So, they accompanied him.  Traveled with him.  Partnered with him.  Supported him.  And he accompanied them.  Guided them.  Steered them.  Showed them the way.  And ultimately showed them he was the Way.

When we receive these words today, they are certainly an invitation to consider what it means to listen actively in our own lives—to pay attention.  I can tell you that I had a pang of recognition when I read the passage from Jonah.  Not all that long ago, in 2019, I received a literal call to consider serving in my current role at Saint Mary’s. Anyone who knows me well will tell you, I ran in the opposite direction. From May through September I said no, no, no. No, I’m not interested. No, I don’t need to think about it. No, I don’t need to talk about it. It isn’t a good time. I am not moving to South Bend. I am not leaving Boston. But a small voice inside pestered me, disturbed me, and somehow, about an hour before the actual deadline to express interest in exploring the position, I found myself pushing the “send” button on an email. I started to reorient myself. The voice got louder as I learned more, met people, let myself consider the challenges and the rewards of coming to Saint Mary’s. It goes without saying that I left Boston. That I moved to South Bend. But perhaps it is worth saying that, while I am no prophet, I do wake up each morning with a deep conviction that I am where I am supposed to be.

Obviously, that story is very personal, but if we are attentive, we can hear calls to listen and calls to act in our communal lives too. This past week, I heard one loud and clear in the words of our National Youth Poet Laureate, Amanda Gorman. Perhaps I was particularly primed—having already looked over this week’s readings—to hear the reference to Jonah near the start of her poem: “We’ve braved the belly of the beast / We’ve learned that quiet isn’t always peace / And the norms and notions / of what just is / Isn’t always just-ice.”  But I am sure we all heard the call near the end of the poem: “We will rise from the gold-limbed hills of the west, / we will rise from the windswept northeast / where our forefathers first realized revolution / We will rise from the lake-rimmed cities of the midwestern states, / we will rebuild, reconcile, and recover.”  I have read the poem many times since last Wednesday, but I think it was important that we first encountered it by listening.  It is a classic “spoken-word” poem. That listening demanded our attention.

A few years ago, my poet-husband wrote an essay called “Reading Poems as Prayers.” In it, he reflects on the experience of hearing me read a Mary Oliver poem as part of a longer contemplation at my friend Nadia’s memorial service. He muses on how lyric poetry works—how it offers a script to say. When I read that particular poem, the poet’s words became my words, and—as Tom put it—“many who listened to those words experienced them as if they were their own thoughts and feelings.”  He points out that a poem can have “both the resonance and the reach, at once private and communal, of a prayer.” And it is in that prayerful spirit that I offer a completely different Mary Oliver poem to you today. It’s called “Mockingbirds.”

the white ribbons
of their songs
into the air.
I had nothing

better to do
than listen.
I mean this
seriously.

In Greece,
a long time ago,
an old couple
opened their door

to two strangers
who were,
it soon appeared,
not men at all,

but gods.
It is my favorite story—
how the old couple
had almost nothing to give

and blessed them—
when they rose
out of their mortal bodies,
like a million particles of water

from a fountain,
the light
swept into all the corners
of the cottage,

and the old couple,
shaken with understanding,
bowed down—
but still they asked for nothing

but the difficult life
which they had already.
And the gods smiled, as they vanished,
clapping their great wings.

through my own soul,
opening its dark doors—
I was leaning out;
I was listening.

Like today’s Biblical readings, Oliver’s poem invites us to listen, to “open the dark doors” of our own souls, to consider whether we really have anywhere else we need to be.  And it’s interesting that the myth of Baucis and Philemon that her poem references is an archetypal parallel to our passage from Jonah. The Greek gods Zeus and Hermes appear as humans and seek hospitality at more than 100 houses where they are turned away. Baucis and Philemon offer them shelter and food, and because of this, they are preserved when a whole town is destroyed and transformed into a lake.  There is no prophet in this story; no 40-day warning.  But the story itself warns of the soul-crushing effects of closing ourselves off to hospitality—and of course hospitality is one of the core virtues of the Holy Cross charism.

In closing, I would be remiss—given the emphasis in our readings to “hearing the call”—if I didn’t mention that when I reached out to Jane Pitz and volunteered to do a reading or a reflection, she responded by saying she was glad I felt called to minister in this way.  Was it a call?  Truthfully, I just kind of thought I should do my part.  By the time Jane wrote to ask about dates that would work for me, I had heard many really compelling reflections from members of this community. I was ready—like Jonah—to say “Just throw me off this ship.” But then she offered January 24th. January 24th is my father’s birthday.  If he hadn’t died in 2018, he would have been 93 today.  And when I looked at the readings, I thought of him again: this was a man who never said “no” to a call. He heard the call of his country to serve in Korea. He heeded a patriotic call to service that extended from the Berlin Wall crisis to Vietnam and beyond. He retired from the Army after a full career and is buried in Arlington National Cemetery.  Colonel Joseph Conboy. As steadfast Catholics, he and my mother made outsized commitments to the Church and faithfully listened throughout their long lives. So today, I’m humbly trying on his size 13 shoes. I am hurrying through my own soul.  And as I lean out and listen, I am ready for the next call, and committed to respond.

Our readings today invite us all to join in that commitment. 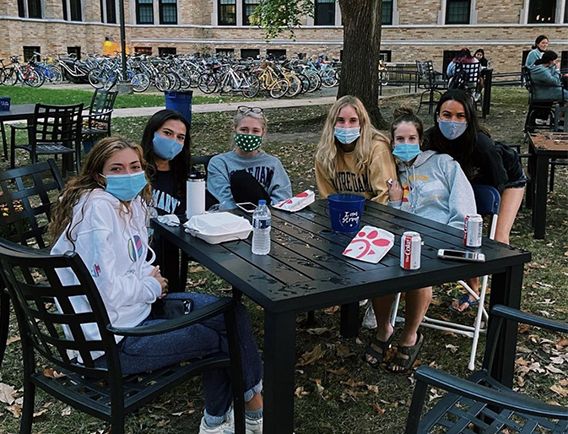 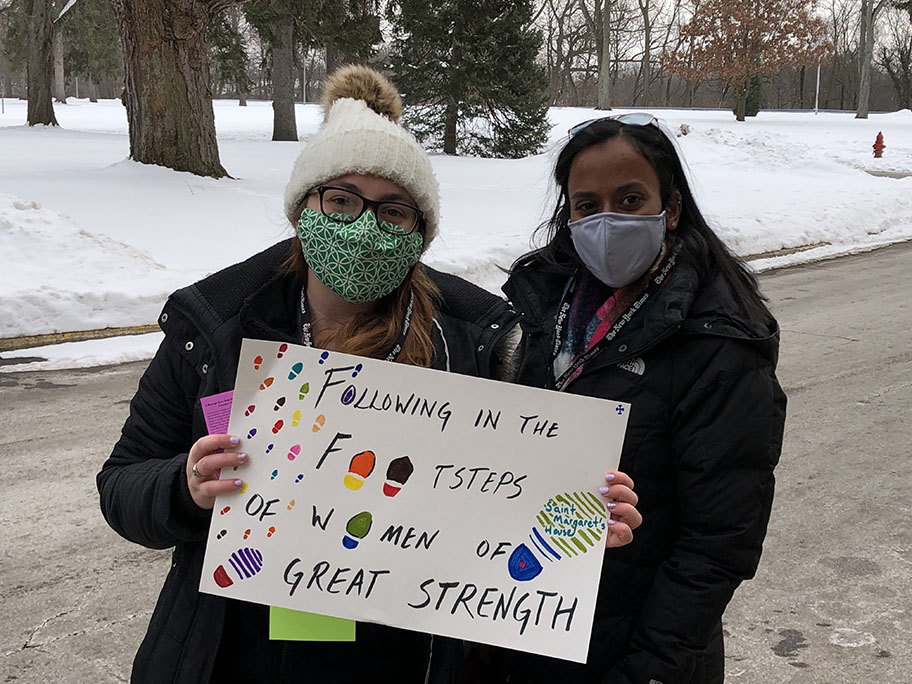 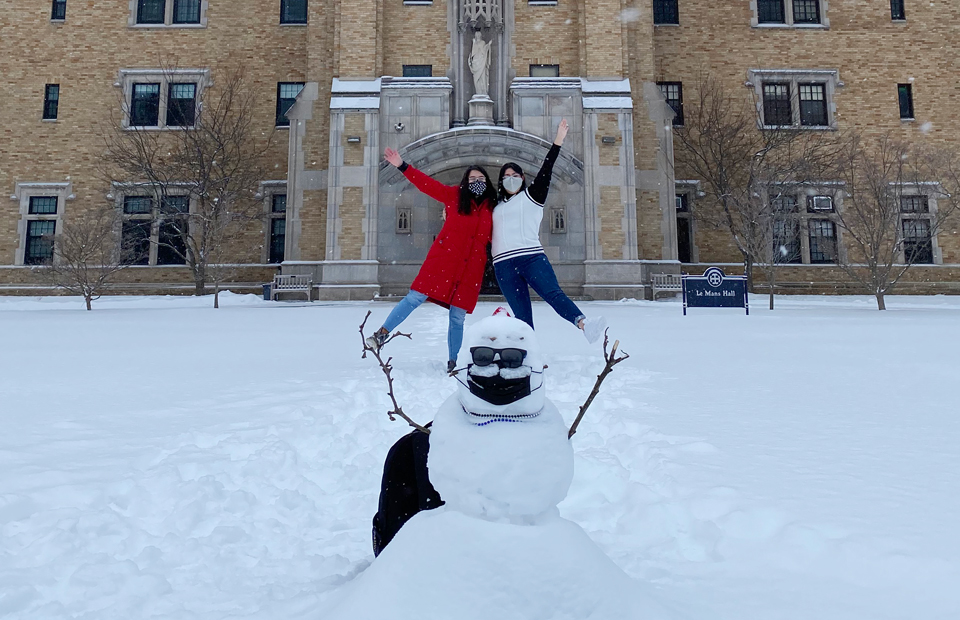