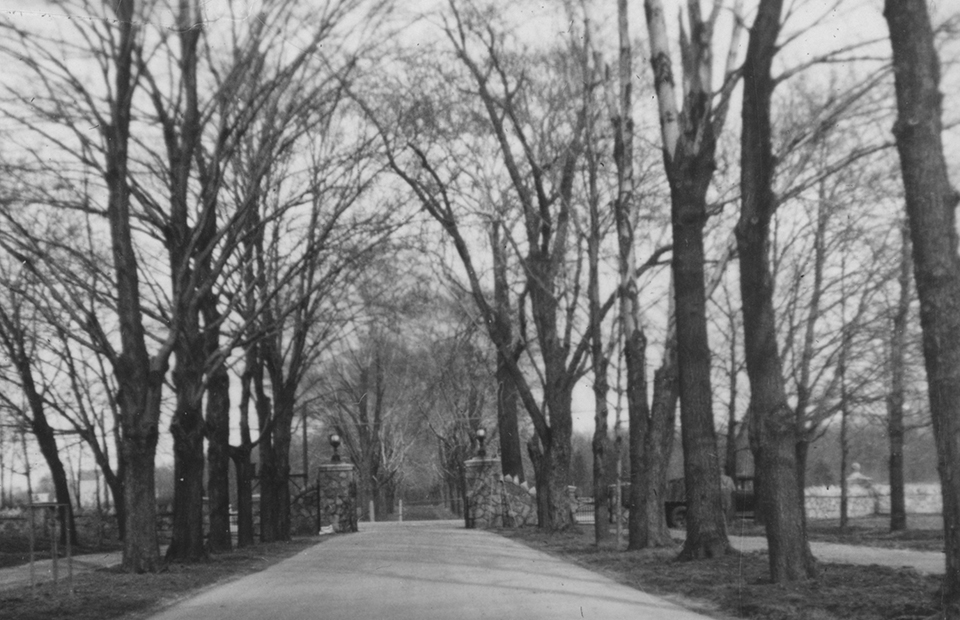 In a collection of poems called Outside History, the late great Irish poet Eavan Boland explored how women are distorted and simplified in ways that keep them in the margins of many historical narratives. As a scholar of literature and feminist theory, I have engaged with Boland’s work for more than 30 years. Recently, though, I have come to a new appreciation of her words as I reflect on my first nine months as President of Saint Mary’s College.

I am a graduate of Notre Dame, and I worked for 26 years at Stonehill College, another Holy Cross institution. Yet I now realize how little I knew about the women who founded and animated Saint Mary’s: the Sisters of the Holy Cross. I had no real understanding of the scope of their impact locally, nationally, and globally. For me, and for so many others, the Sisters had, through amnesia or erasure, fallen . . . outside history. The auspicious convergence last week of Women’s History Month, Catholic Sisters Week and International Women’s Day should inspire the tri-campus community to consider the facts, details, and stories that would place our Sisters inside a fitting public narrative.

Our common founder, Blessed Basil Moreau, had a vision of how a Congregation dedicated to education and foreign missions might expand the work of the Church. As part of his ambitious plan, he imagined orders of Priests, Brothers, and Sisters working together within the values of Holy Cross to make a difference in what was, in the 1840s, a largely French and Catholic Indiana. Traveling from Le Mans in France, four Sisters arrived in South Bend in 1843 to be part of that mission. I have learned much from Fr. Thomas Blantz’s new history of Notre Dame, including that the Sisters lived in the attic of the Log Chapel for their first two years, and they took care of many domestic matters that ensured the smooth running of the fledgling university. Then they established their novitiate in Bertrand, Michigan and continued to travel, by foot and by carriage, the five miles to campus to support the growing university.

Today, Notre Dame’s “Founder’s Plaque” stands just outside the Log Chapel, and it quotes from a letter written by Fr. Sorin to Fr. Moreau. Some of Sorin’s lines are imprinted on the hearts of Notre Dame graduates, such as: “This college will be one of the most powerful means of doing good in this country.” But Sorin’s explicit mention of the Sisters (and the Brothers) is not included on the plaque. Thus, this conspicuous public monument essentially erases Sorin’s earnest declaration that “once the Sisters come—whose presence is so much desired here—they must be prepared, not merely for domestic work, but also for teaching; and perhaps, too, for the establishment of an academy.” 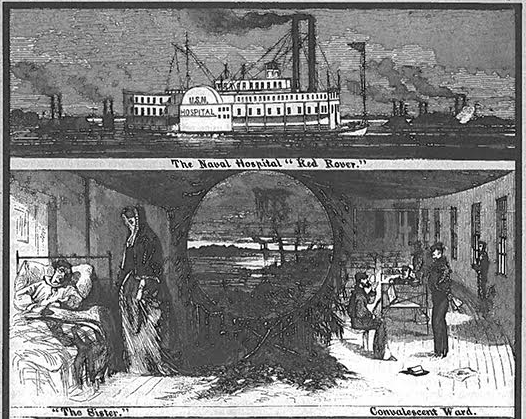 The Sisters came. And while they ministered at Notre Dame for more than a century, they also expanded their own mission in many ways—always evolving to meet the needs of the times. They did open an Academy near their novitiate in Bertrand and then moved it to the current site of Saint Mary’s College in 1855. The success of the Academy and the early growth of the order were largely attributable to Mother Angela Gillespie, a brilliant woman who shepherded multiple new ventures for the growing community of Sisters. Under her leadership, 80 Holy Cross Sisters served as nurses in the Civil War, and they were the first nurses to serve the U.S. Navy on the hospital ship Red Rover. Mother Angela became the Provincial Superior and during her time in office established 35 schools across the country. When I moved to South Bend for graduate school in 1980, I lived on West Angela Boulevard. I learned only last week that the street is named for Mother Angela Gillespie! Why is this fact shrouded in obscurity? 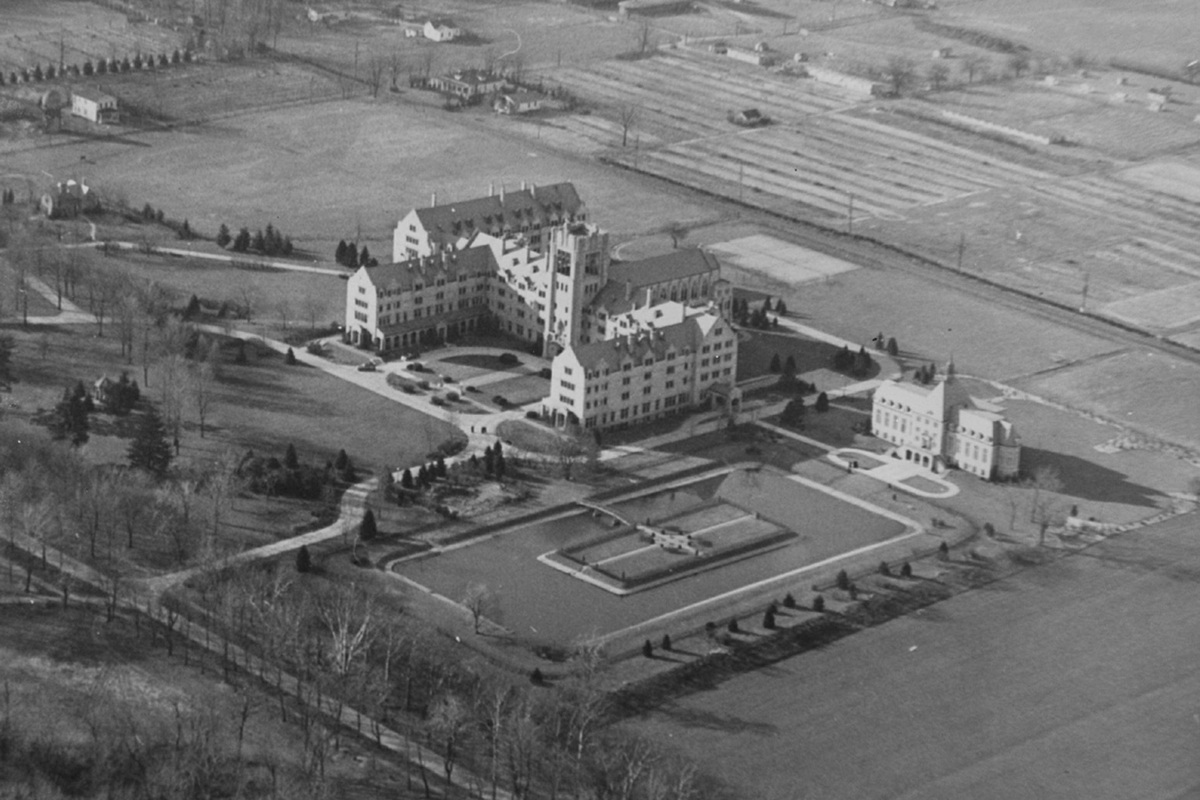 Other iconic sites at and around Notre Dame also have hidden connections to the Sisters. For example, the statue of the Virgin Mary atop the Golden Dome was a gift to the university in 1880 . . . given by the Sisters of the Holy Cross and the students and alumnae of Saint Mary’s. The story appears on the Notre Dame website, but I wonder how many students and alums from either side of the road fully appreciate that piece of history.

Once upon a time, everyone knew the Sisters’ central role in our shared community. Indeed, when the Vatican recognized the Sisters of the Holy Cross as an independent Congregation in 1890, the Holy See included recommendations to consolidate two novitiates (one at Saint Mary’s, the other at Notre Dame) and to close the Sisters’ ministry at Notre Dame. While visiting the Vatican in 1894, Fr. Corby, the Provincial Superior of the Priests and Brothers, understood just how devastating this would be. Writing back to Notre Dame, he worried: “Without the Sisters, we cannot run N.D., and from all I can learn here, it depends on St. Mary’s.  No Bishop or even Cardinal can help us unless St. Mary’s is willing to hold the place at N.D.”

We know that Fr. Corby visited the Grotto of Our Lady of Lourdes on that European trip, and that he made a supplication to the Blessed Virgin, promising that if his favor was granted, he would build a Grotto at Notre Dame in her honor. Historical evidence suggests that his prayer likely involved the Sisters’ ministry at Notre Dame being allowed to continue. He received a cable on May 1,1895 informing him that the Sisters could stay. Shortly after that, construction on the Grotto began. When I heard one of our Sisters say recently that “the Grotto at Notre Dame is our Grotto too,” I began to understand how literal this is.

Last week, María Fernanda Espinosa, President of the UN General Assembly, warned of a “serious regression” in the global political power of women. She spoke of women who “were made invisible, erased from history,” even though they were “protagonists in the destinies of entire nations; of culture and political thinking; science and innovation; and the most significant social changes.” Our own Sisters of the Holy Cross, active locally and on four continents, are a version of those unseen women. Now is the time to bring them in from the margins to the center of our rich tri-campus history.