Last fall, the recreational trail alongside Indiana 933 was opened, providing a safer path for pedestrians and cyclists. While ecstatic for the increased safety for students, the 933 Corridor Improvement Association—made up of Saint Mary’s, Notre Dame, Holy Cross, Holladay Properties, and the religious order of Holy Cross brothers, sisters, and priests—knew this was just the beginning..

Recognizing the trail as a safer option than the narrow sidewalk, the committee set out to make it safe 24/7 by constructing light poles alongside the path. With the students of the tri-campus community in mind, they noted the most foot traffic to be between the Inn at Saint Mary’s, right off of the Indiana Toll Road, down to Dorr Road, the main entrance to Holy Cross College.

“The trail is definitely a great connector between all of the tri-campus community,” said Ben Bowman, director of facilities at Saint Mary’s College. This lighting project is a result of $218,000 in grants funded by Regional Cities Initiative grant and Tourism Capital Development grant. Between these two, the committee was able to place 30 lights along the path, but more importantly, keep the three most used intersections lit. The Inn at Saint Mary’s, The Avenue, and Dorr Road are frequented by students crossing 933 to visit the University of Notre Dame.

Paul Phair is a partner and the vice president of development for Holladay Properties, which owns and operates the Inn at Saint Mary’s and the Hilton Garden Inn, and Gillespie Conference Center. Phair said he has seen a lot more pedestrian movement and noted, “Ultimately we are hoping to see some improvement in the road itself to make crossing the road safer, so we are hoping this is the first step.”

The bases for the lights are being installed this week, and they expect to see the project completed by mid-November. 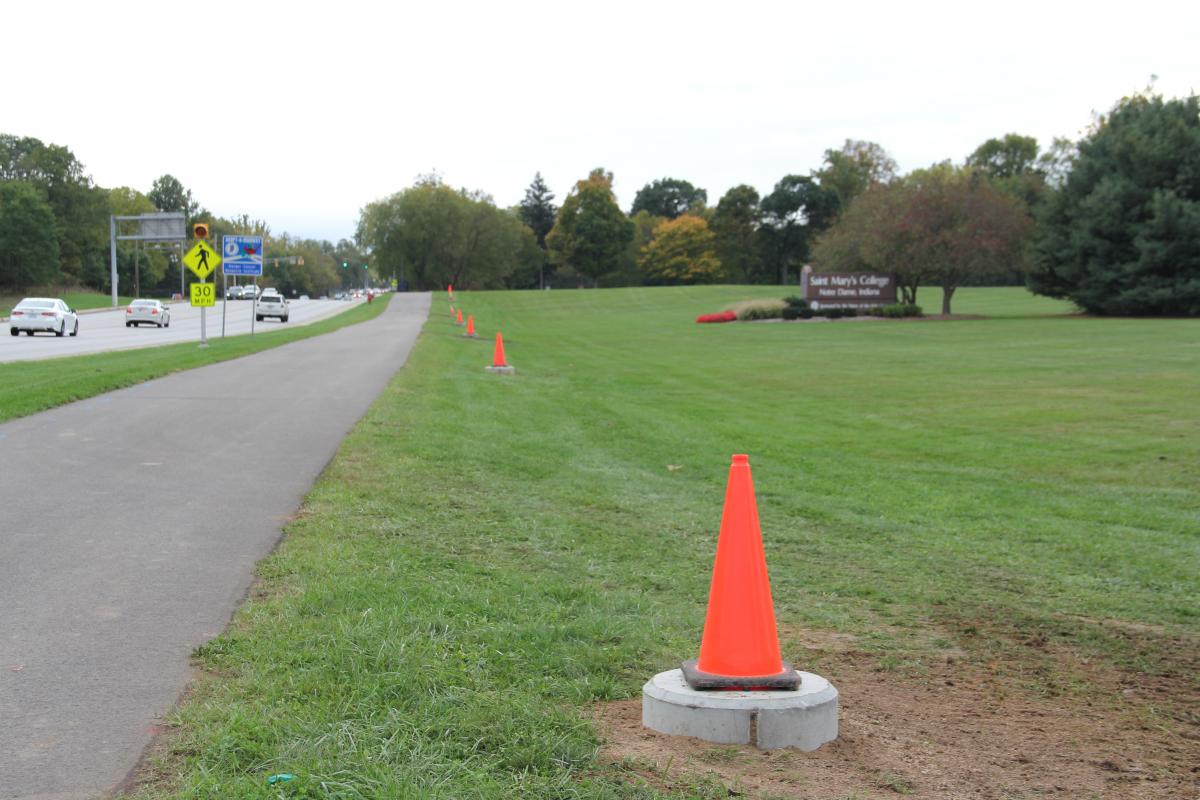