Instead of filing into O’Laughlin Auditorium for this year’s Christian Culture Lecture, students gathered on Library Green to watch writer and scholar Tara Westover discuss her bestselling memoir Educated. The filmed discussion with President Katie Conboy was shown virtually on a beautiful Wednesday evening in September. In addition to the students tuning in, registration for the virtual event totaled more than 43,000 alumnae and friends spanning six continents.

Through Zoom, President Conboy conversed with Westover about her memoir and what it means to be educated. Westover was raised by Mormon survivalist parents in the mountains of Idaho, and never stepped foot inside a classroom until she enrolled at Brigham Young University (BYU) at 17 years old. As a young girl, she spent her days scrapping metal with her father and mixing herbs for essential oils and tinctures with her mother.

Although Westover was a dutiful Mormon daughter, she aspired to see the world beyond the mountain on which she grew up. Her father disapproved, but her mother secretly encouraged her. Once at BYU, Westover dove into her studies. “A good education will change you in a lot of ways,” she told Conboy. Westover began to feel alive and awake as she studied music and history and read the great works of literature.

During the lecture, Westover encouraged students to find what awakens you and pursue it. “Education, in its best form, is curiosity,” Westover said. Beyond retaining knowledge, she feels becoming educated is about seeing things from other perspectives and trying to understand people, even if they hold different beliefs. Through literature and meeting people from all over the United States—and eventually, the world—Westover learned to make space for new perspectives and started to diverge from her Mormon faith.

“Respect for other people’s values is a prerequisite for self-respect,” Westover noted. “And education, too, is about learning to listen to yourself.”

In addition to the conversation with President Conboy, Westover connected with a small group of humanistic studies students to answer their questions and dialogue about her book via Zoom. One student asked Westover about the commencement speech she gave at Northeastern University in 2019 on “The Un-Instagrammable Self,” to which Westover responded that she believes that all of life’s important moments happen outside of Instagram.

Westover gave the example of the photo she posted after her own graduation from BYU with her parents. While in the photo they were smiling, what isn’t shown is that her parents barely made it, and actually missed the ceremony. The photo she posted didn’t reflect reality at all, and so she encouraged students to think about their un-Instagrammable moments, the moments you wouldn’t post. “Insist on being muddy and confused and complicated,” she told them.

In her book, Westover brings a unique perspective to her readers, as she grew up off the grid and lived without most modern conveniences or even a solid early education. After she earned her undergraduate degree at BYU, she went on to obtain a master’s degree from the University of Cambridge at Trinity College as a Gates Cambridge Scholar, and was a visiting fellow at Harvard University in 2010. She learned to ask questions and consider her relationships, experiences, and how they formed her. She grew from the obedient and dutiful Mormon daughter to asking the bigger, tougher questions about humanity. For example, in our current moment, Westover is interested in the polarization of our nation and how that came to be.

Westover’s virtual visit continues an incredible tradition that is supported by both the HUST program and a generous donor, Kathleen McAnaney Glaser ’65 to honor her late father Francis A. McAnaney (ND ’29), a former Board of Trustees member from 1963–69. The Christian Culture Lecture brings an opportunity to hear from contemporary public figures in the humanities who challenge the status quo and ask us to think more deeply about the world and our place in it. Past speakers have included Margaret Atwood, Doris Kearns Goodwin, Krista Tippett, and so many more.

The physical distancing limitations caused by the COVID-19 pandemic made the event impossible to hold in person this year, but the virtual platform brought the lecture to tens of thousands of interested viewers around the world. It also presented an opportunity to help solve another problem: financial hardships facing Saint Mary’s students as a result of the pandemic. Instead of charging admission to this year’s Christian Culture Lecture, the College asked attendees to consider making a donation to the Student Emergency Fund, and donations totaled over $50,000. 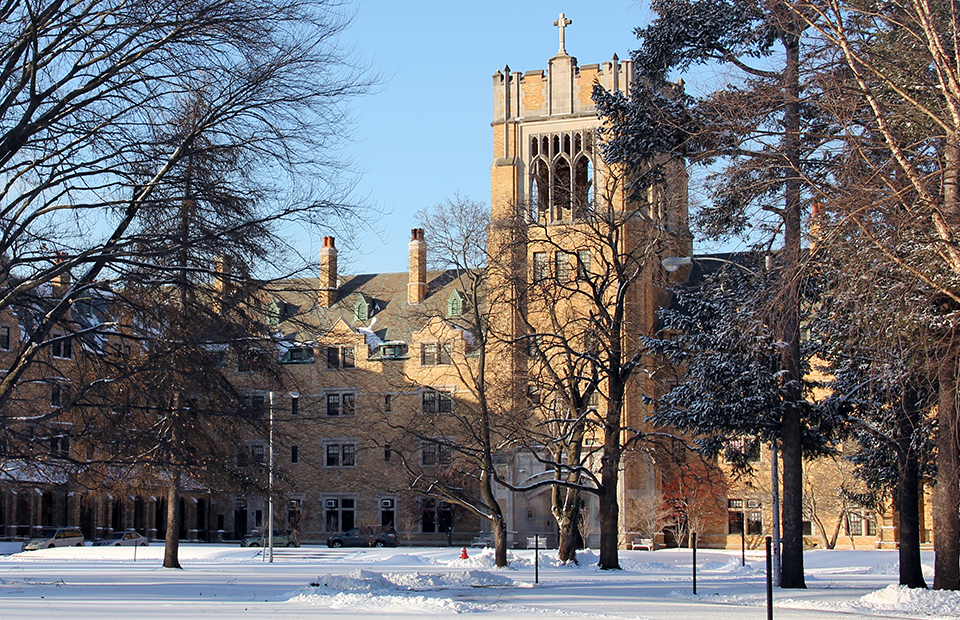 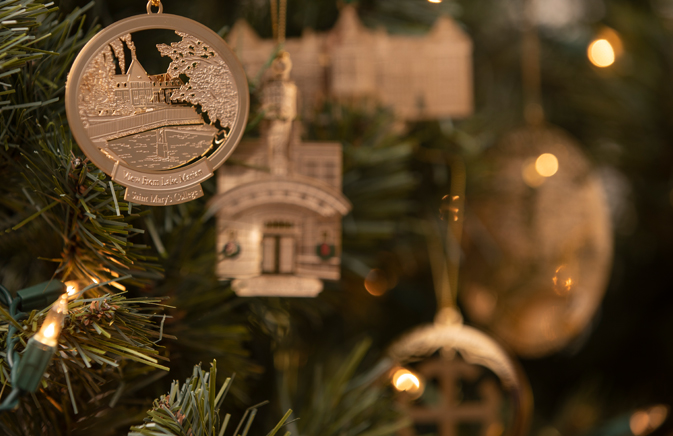