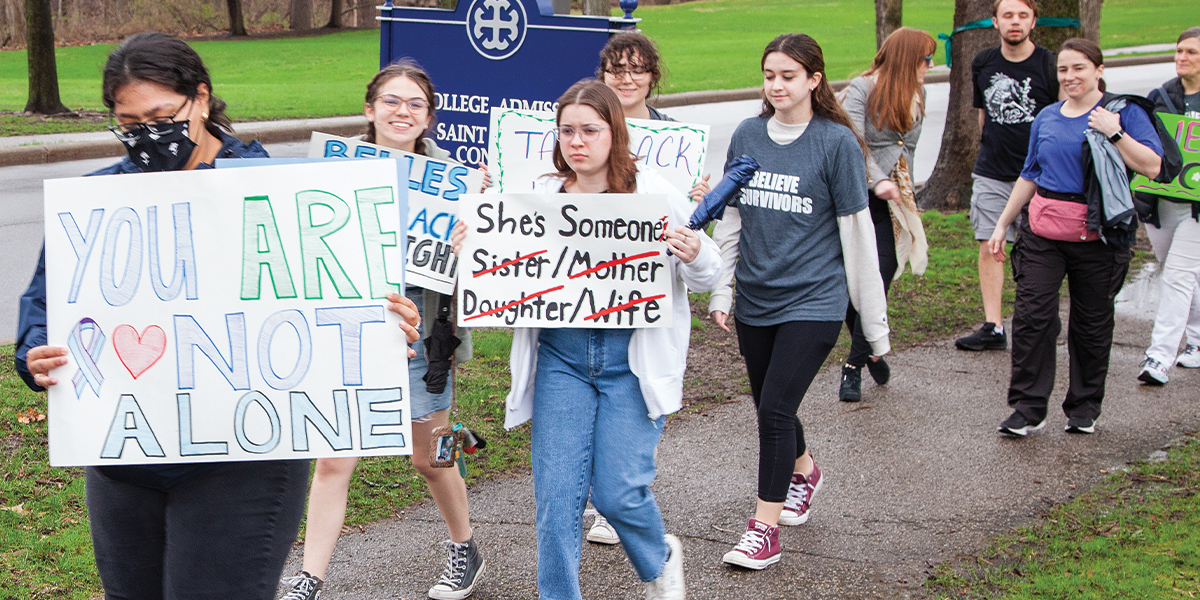 Saint Mary's is the only women’s college in the state of Indiana, and one of 36 in the United States. As a pioneer in the education of women, it is essential that we engage in this difficult conversation. Therefore, April 17-19, 2023, Saint Mary's College is proud to present its second annual Raise Your Voice Symposium to highlight the stories of survivors of sexual violence and teach community members how we can address this pervasive issue.

The event will start with a keynote address from athlete and survivor, Maggie Nichols, on April 17 at 6 PM in O'Laughlin Auditorium. On April 18, the college will host a day of educational workshops and panels led by experts in the field of sexual violence. Raise Your Voice 2023 will conclude with our annual tri-campus Take Back the Night event. 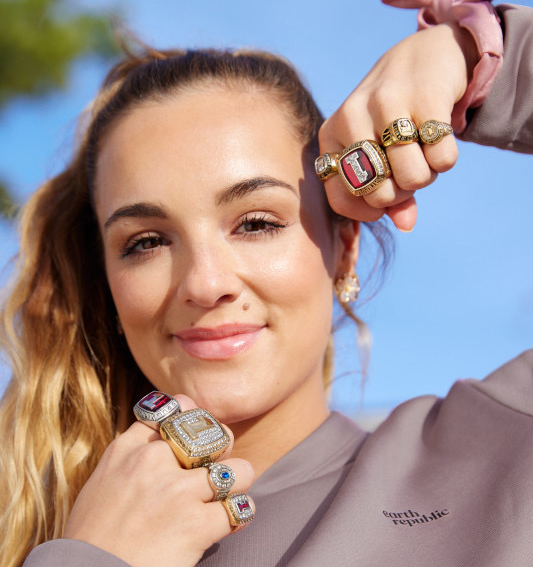 Maggie Nichols
Maggie Nichols was born in Little Canada, MN in 1997 and fell in love with the sport of gymnastics at the age of 3. She had always dreamed of representing her country and she quickly rose in the ranks making the US National Team by the time she was 14 years old. She traveled the world helping Team USA win international medals and was considered a top contender for the 2016 Olympic Games in Rio. A knee injury and being the first to speak out regarding misconduct and sexual abuse by a USA Gymnastics team doctor caused speculation when she was left off the 2016 Olympic Team.

Known as “Athlete A” in documentation for a majority of the investigation and lawsuit until coming forward publicly in 2018 and shared her experience alongside other survivors, Nichols holds a unique position in regard to the current reconfiguration and assessment of USA Gymnastics. While she was certainly not the first to be abused, in 2015, she was the first athlete to come forward and report the abuse. Netflix aired a documentary featuring Nichols’ story in June of 2020, bringing additional light and attention to the tragedy in hopes of helping others. Since then, she has established’ The Maggie Nichols Foundation,’ based on the founding mission to offer assistance to charities that help heal victims and survivors of all types of abuse.

In 2016, Nichols left the elite gymnastics world and went on to the University of Oklahoma to compete in the NCAA’s. She stamped her legacy by becoming one of the most decorated NCAA gymnasts of all time and has been dubbed “the Michael Jordan of College Gymnastics.

Today, Nichols is a student assistant coach for the Sooners gymnastics team as she is in her first year of her master’s program for Adult and Higher Education with the dream of becoming a University Athletic Director in the future. She previously graduated with her Bachelors’ degree in Communication with a Minor in Business.

Outside of sport, Nichols is passionate about sharing her story, empowering athletes and non-athletes alike, and bringing a positive light to those around her.