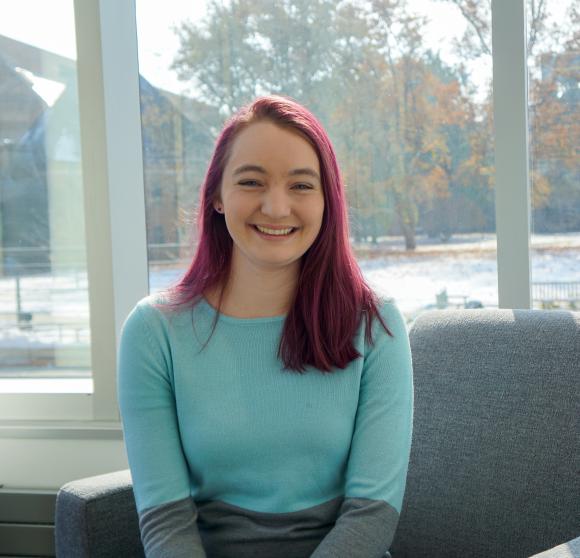 If Aubrey Houser ‘21 had to give any advice to prospective students, it would be “don’t limit yourself.” She certainly didn’t, and she’s come a long way because of it.

At Saint Mary’s, Aubrey majors in physics and Spanish, but she’s also a part of the five-year dual degree engineering program with Notre Dame. The cooperative program allows Saint Mary’s students to obtain two degrees in five years, where students begin their underclass education with a majority Saint Mary’s course load which then grows to include courses at Notre Dame in their second year.

Making the most out of summer

Through her Spanish major, and in conjunction with a rigorous schedule, Aubrey was able to study abroad in Spain. While there, she and her fellow students were allowed to explore the city, and even take part in some flamenco dancing classes.

Although, at first, Aubrey wasn’t sure if studying abroad was possible because of how intense her STEM classes were: they were challenging, requiring Aubrey to commit a lot of time to studying, but also enjoyable, making Aubrey want to utilize her time in order to study the complex material.

However, Aubrey said that Jennifer Zachman, study abroad coordinator, helped make her study abroad dreams a reality through connecting Aubrey with a summer study abroad program that still allowed her to fulfill all her required classes in the fall and spring.

“We were all told our freshman year that going abroad was something that we could do and that it would fit in with our schedules,” she said. “I came in wanting to study abroad and I didn’t know how that was going to fit in because of the dual-degree program. . . . but going abroad to Spain during summer helped me fulfill both my desire to travel and take my extra Spanish classes.”

Aubrey hopes to someday work in a theatre designing lights, which appeals to her interests in both fine arts and electrical engineering as many theaters often employ engineers as light board technicians and operators.

As for her Saint Mary’s experience, Aubrey said she feels more prepared than ever to take on the world outside of campus.

“Since it’s such a small school, it’s really easy to ask for help,” she said. “The classes are kind of challenging, but that’s a really good thing because it prepares you to go into the workforce.”