Imagine this: a woman working in a small company of 12 is invited every couple of weeks by a male colleague to go out for drinks after work.The woman always politely declines with responses such as “not today” or “maybe next time”. The repeated requests start to make her uncomfortable, but she has not formally reported her colleague’s conduct. Is this harassment?

Lawyers, community leaders, human resources professionals, and other business associates discussed this scenario over lunch in the Student Center as part of the Workplace Sexual Harassment Workshops. Hosted by Saint Mary’s and sponsored by the City of South Bend and the College’s Women’s Entrepreneurship Initiative, the workshop series were designed to identify core principles for preventing and addressing sexual harassment in the workplace, as well as illustrating how to put theory into practice.

But there’s a twist to the scenario. The male colleague invites all of his coworkers out for happy hour every couple of weeks. Not everyone attends every time, but most of the coworkers go regularly. All other behavior by the male coworker is appropriate. It seems he just likes to socialize with his coworkers after work hours. Does this change your mind?

Table discussions dived into the nuances of the scenario asking questions like, “Well, shouldn’t she just be honest and tell him no and that his requests make her uncomfortable?” Or thoughts like, “But he shouldn’t keep asking and should just understand that she’s not interested in happy hour.” Responses to the question differed but led to the same result: defining sexual harassment is complicated.

A workplace culture, as well as clear policies about expected behavior, sets the tone for what is and is not tolerated. In seeking to educate our students and community members about these issues, we must be willing to walk the walk and ensure our own practices are fair and just.

Diving into the issue

Jeanine Gozdecki, a partner with local law firm Barnes & Thornburg, spoke on the first panel of the workshop series, Leading by Example: The Impact of Change. “Those circumstances, whether it’s a business meeting or it’s a group of co-workers going out for a drink at a local bar after work,” said Gozdecki. “Those are areas where the rules of the workplace still apply.”

The #MeToo movement has mobilized a lot of discussion of workplace sexual harassment, but it’s not just Hollywood where this is a problem. Working women every day experience discrimination both through sexual harassment and also in their paychecks.

President Jan Cervelli, in addition to serving on the first panel, introducing each workshop, talking with local media, and advocating for women in the workplace, has launched a pay equity analysis at the College that is on going this summer. “We seized the opportunity, as attention increases on eradicating this scourge from our professional lives, to take advantage of this cultural moment and create lasting change for the benefit of all of us.”

In the Chronicle of Higher Education Maggie Doherty, lecturer at Harvard University, writes, “Hierarchies — of gender, race, and class — are established and reinforced through hirings and firings, handshakes, and outfits. Receiving a lower salary isn’t the same thing as feeling uncomfortable in a pantsuit, but both experiences stem from a power structure that keeps men on top.”

Doherty discusses both the formal and informal ways that a structure is built within an organization. Perhaps the woman didn’t want to turn down her male colleague because she was afraid it would affect the possibility for a promotion or raise. It’s tricky territory, and often opinions differ, but nonetheless these are important conversations to have.

While the Workplace Sexual Harassment Workshops were open to all campus members, faculty organized an additional panel discussion specifically for students to hear from experts on how to prepare to deal with issues of sexual harassment in their careers.

Because the College has been empowering women for nearly 175 years, teaching lessons that extend beyond the classroom is nothing new. But we also recognize that perhaps our greatest strength as a women’s college can also be a downfall when it comes to preparing women for the workplace.

Research shows that women who attend a women’s college are more confident in the workplace than their peers who attend co-educational institutions. A classroom of all women allows students to escape the gender dynamics that may intimidate them as they grow and learn to share their opinions.

But unfortunately, the workplace isn’t all women. Because of our collaborative environment, some Saint Mary’s students don’t think they will experience discrimination in the workplace and/or aren’t equipped to handle it. We are reminded of the beginning of Sister Madeleva’s powerful quote, “We will not wish you security. For we remember that ‘security is mortal’s chiefest enemy.’ And we know that you can be secure only when you can stand everything that can happen to you.”

Still, it’s about more than standing or tolerating things that happen to you. Many alumnae remark that they found their voice at Saint Mary’s, that they have been empowered to take steps to impact social issues and make a difference in their communities. That has always been the Saint Mary’s way, since the Sisters founded the College in 1844. We continue to embolden our community around problems that need solutions and we become that through dialogue.

This story first appeared in the Summer 2018 Edition of Courier.
Be sure to check out the full edition and online exlcusive content, including President Cervelli's sexual harrassment interview with WNDU. 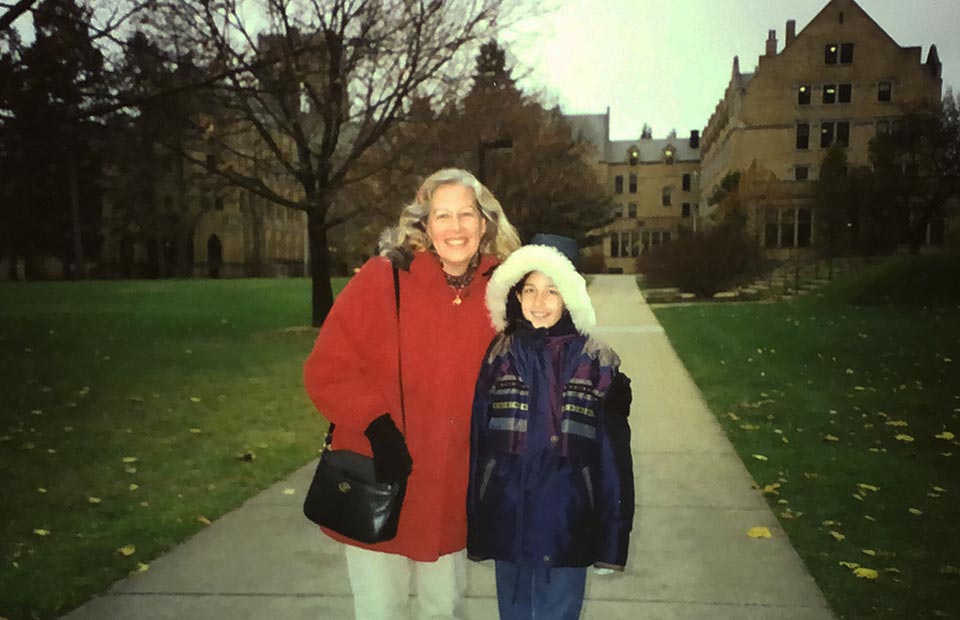 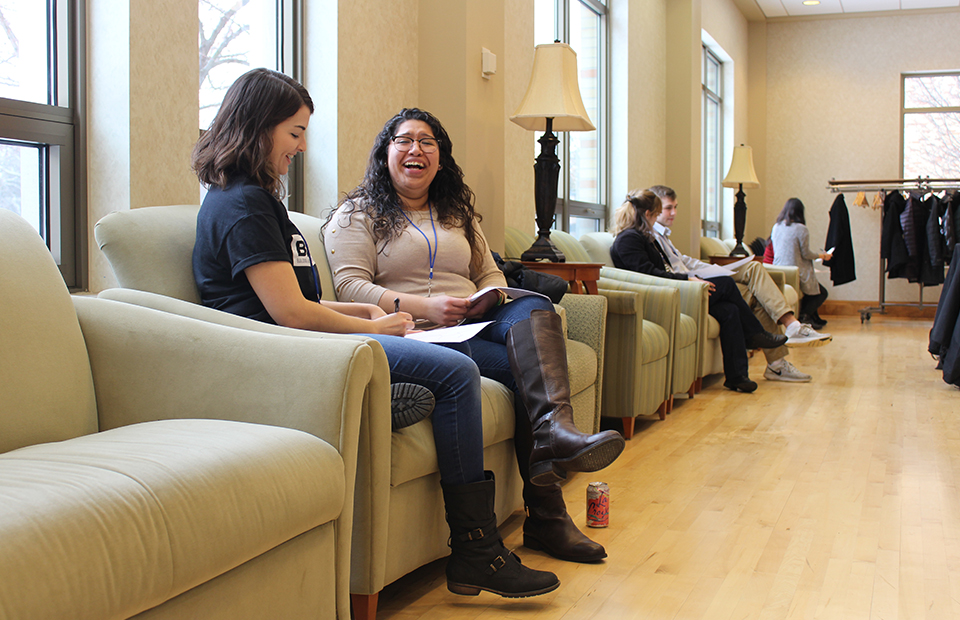 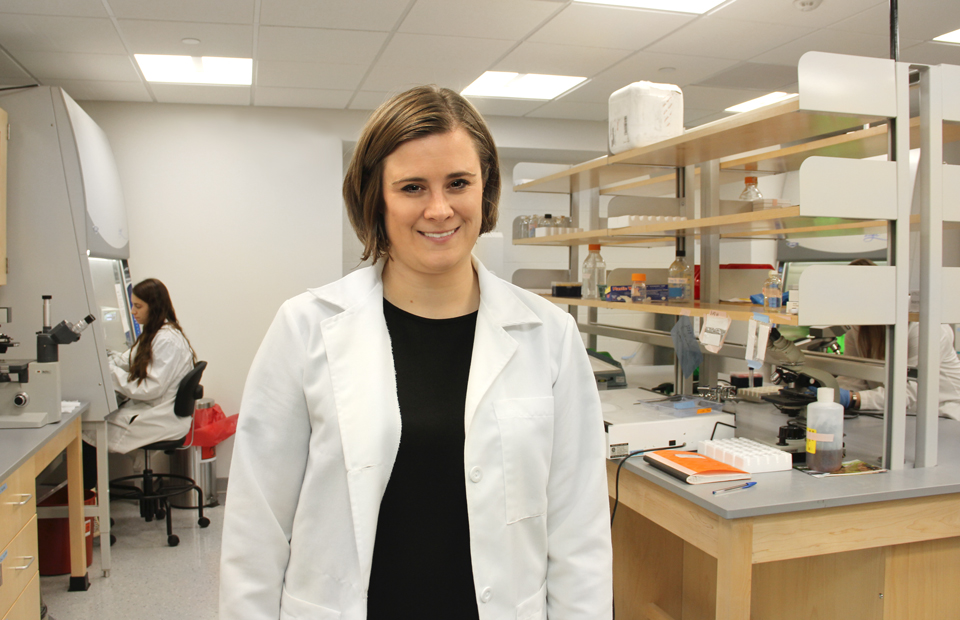