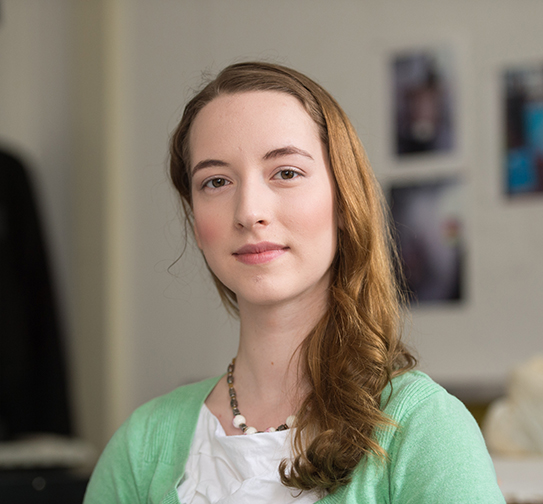 DeSomer and Kozemzak will deliver a joint valedictory address at the College’s commencement ceremony on Saturday, May 20.
DeSomer, who is also earning a minor in English writing, studied object-oriented ontology with associate professor of art Krista Hoefle. DeSomer’s work was featured in the summer 2016 issue of Courier. 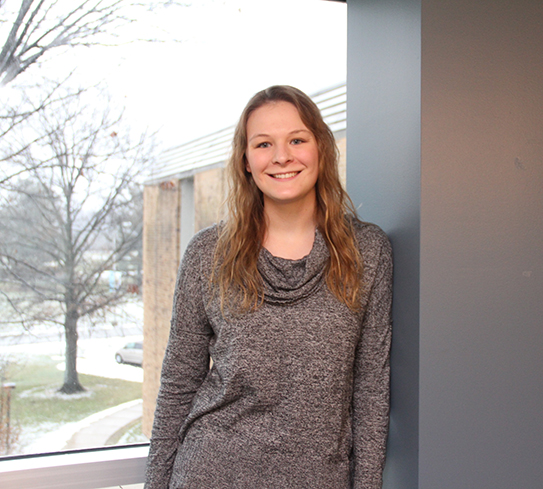 Kozemzak, who is also earning a minor in chemistry, was recently awarded a National Science Foundation Graduate Research Fellowship, which recognizes and supports outstanding students who are pursuing research-based masters and doctoral degrees in science and engineering. She is the second Saint Mary’s student to receive the fellowship, which provides three years tuition for students who have demonstrated potential for significant achievements in science and engineering. Kozemzak is still deciding on a graduate school, but she plans to pursue a PhD in bioinformatics.

In summer 2016, Kozemzak examined the movement of copper through bacterial cells with Dr. Pedro Mendes at UConn Health in Farmington, Connecticut. Kozemzak also developed a mathematical model for mumps outbreaks in small communities with professor Elizabeth Wolf as part of a Student Independent Study and Research (SISTAR) grant at Saint Mary’s.

For her senior comprehensive project, Kozemzak analyzed DNA sequencing data to look at a new approach for identifying genetic factors that might contribute to complex diseases such as cancer.

For more information about the 170th Commencement, visit saintmarys.edu/Commencement