Care of the Body | Saint Mary's College, Notre Dame, IN

Care of the Body

Blessed Basil Anthony Moreau's, CSC holistic approach to education helped cultivate the importance of a healthy lifestyle for Saint Mary's students from the beginning. In the early 1900s, students participated in tennis, archery, equestrian, ice skating, canoeing, hiking, and basketball on campus. Three of the most highly anticipated annual events sponsored by the College during this time were the basketball championship between class teams, the tennis tournament, and the track meet. 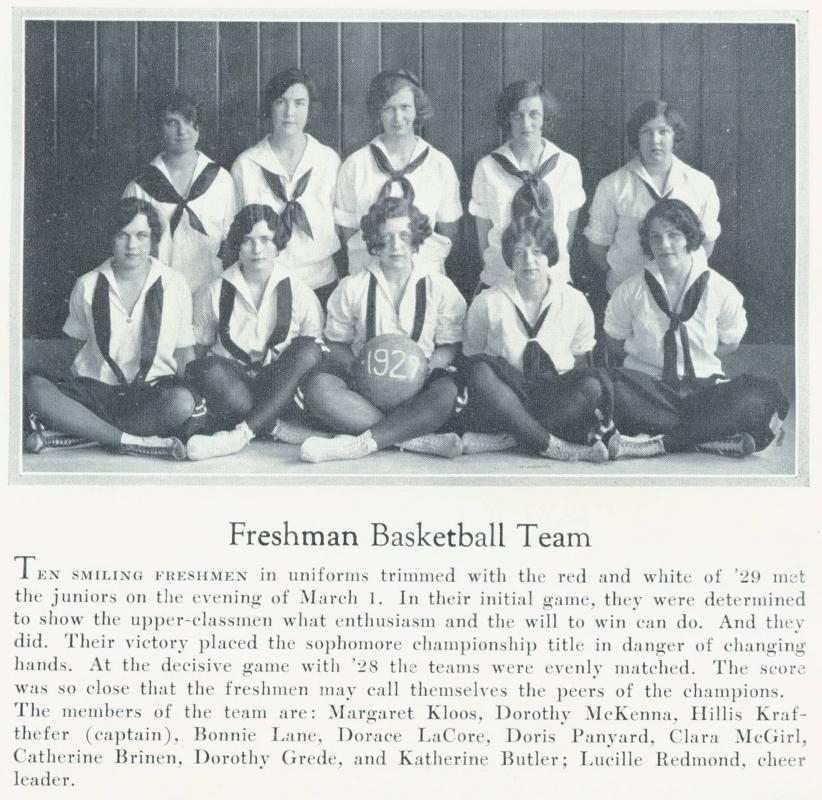 The 1930 edition of the Blue Mantle recounts how on the evening of March 7, 1930, the Class of 1933 soundly defeated the Class 1931 by a 38–8 margin. A week later, the first-year class reigned supreme by a 25–7 score against the seniors for the 1930 championship in Saint Angela Hall. The same edition of the College yearbook shares a brief glimpse at a monogram club.

The Monogram Club, the exclusive athletic organization of the campus, lists among its members only those who have been awarded a monogram or four numerals for excellence in some particular field of sport. The club was initiated in 1926 by those desiring to show some special honor to the victors in basketball, volleyball, tennis, and track.

The Blue Mantle goes on to share information about the Athletic Association. The association sponsored all sport activities at the time and rewarded the victors of competitions. Sweaters, monograms, and numerals were all bestowed upon Saint Mary’s students who excelled in sport. The most coveted award was the Helen Holland Voll trophy — a silver cup which was presented annually to the student most proficient in all fields of sport. The trophy was awarded annually from 1918 until Helen’s death in 1958.

The 1934 Saint Mary's field hockey team was recognized as the first team to take part in intercollegiate competition. The team traveled to Chicago on November 10, 1934, for a Play Day at Jackson Park. A dozen regional colleges and universities took part in the Play Day as the team competed against both Battle Creek College and the University of Chicago.

By the 1970s, intramural and club sports were in full swing on campus. A longtime pioneer in women’s athletics, Saint Mary’s offered many varsity sports before other colleges and universities in the area and region. With the opening of Angela Athletic Facility in 1977, the College officially recognized nine varsity sports — basketball, fencing, field hockey, gymnastics, softball, swimming and diving, tennis, track and field, and volleyball.

The 1980s saw changes and growth at the varsity sports level at Saint Mary’s. The Belles competed as a member of the National Association of Intercollegiate Athletics (NAIA) as a Division III member. Saint Mary’s regularly earned invitations to state, district, and national competitions while members of the NAIA. The 1981 basketball team captured the Division III District Tournament, and the 1982 softball team claimed the Association of Intercollegiate Athletics for Women (AIAW) State Championship. The tennis team earned three District Championships in the span of four years during the late 1980s.

In 1990, the College moved to NCAA membership status. It was not long after this transition that Saint Mary’s joined their first official athletic conference, as the College became one of the first two non-Michigan colleges to become part of the Michigan Intercollegiate Athletic Association (MIAA) in 1997. Joining a conference would allow student-athletes to be recognized as players of the week, all-academic team selections, all-conference team honorees, and conference players of the year. In turn, those recognitions would give a clearer path to All-American honors. It would also permit teams to compete in conference championship tournaments, ultimately allowing automatic bids to national championship competitions. 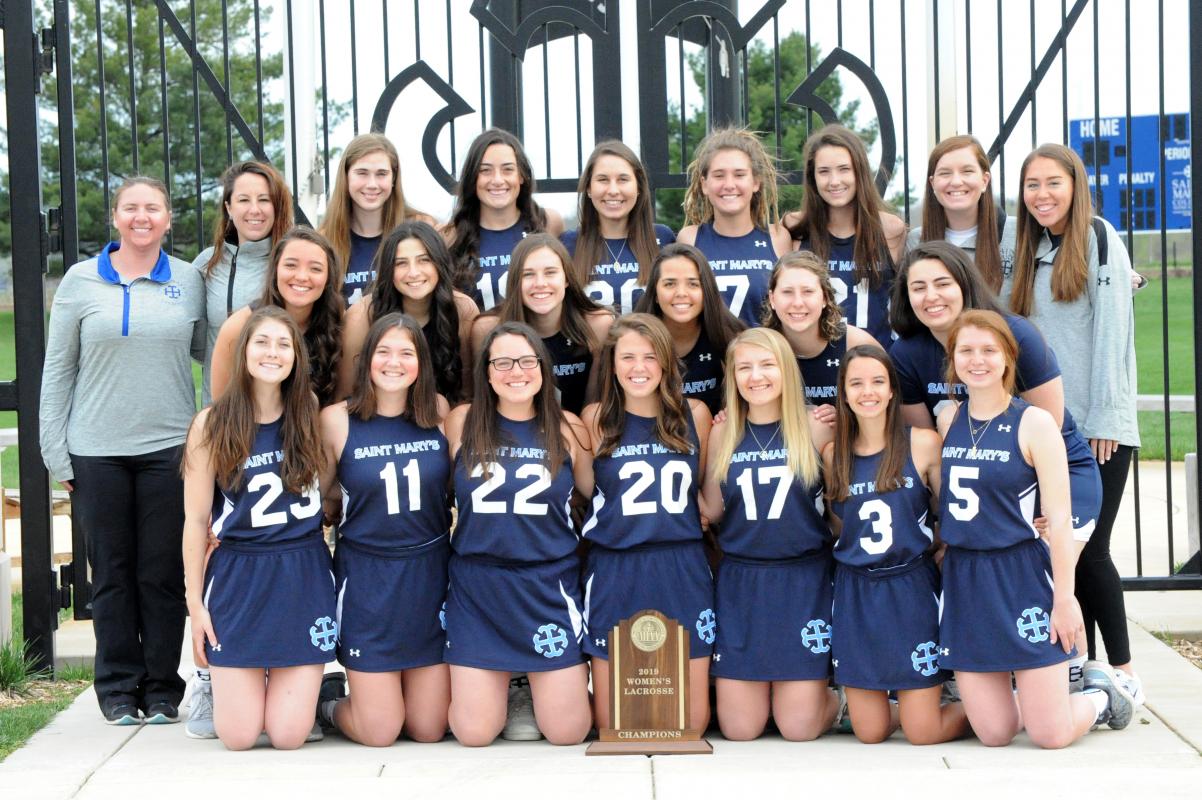