“I FOUND A GREAT COMMUNITY HERE AS A TRANSFER STUDENT AND A STRONG GROUP OF WOMAN ARTISTS.” 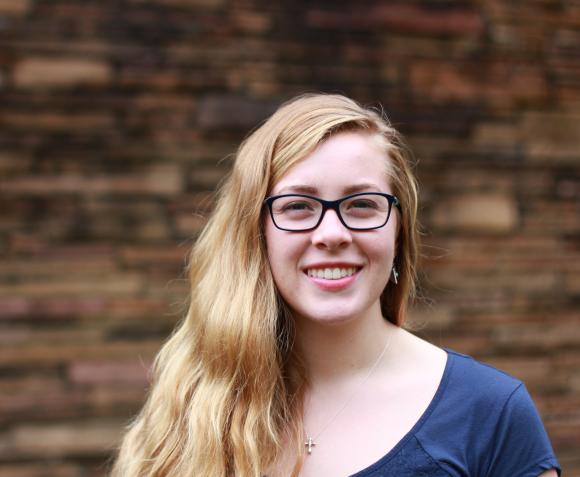 “I FOUND A GREAT COMMUNITY HERE AS A TRANSFER STUDENT AND A STRONG GROUP OF WOMAN ARTISTS.”

THIS EVENT IS SOLD OUT!

Leadership Lessons from the White House:
Doris Kearns Goodwin on the American Presidents

SOLD OUT! Tickets are required for this free event and are available at the Moreau Center Box Office, online, or over the phone. Box Office Hours: Monday through Friday, 9:00 a.m. to 4:30 p.m. For more information call (574) 284-4626 or visit saintmarys.edu/tickets. 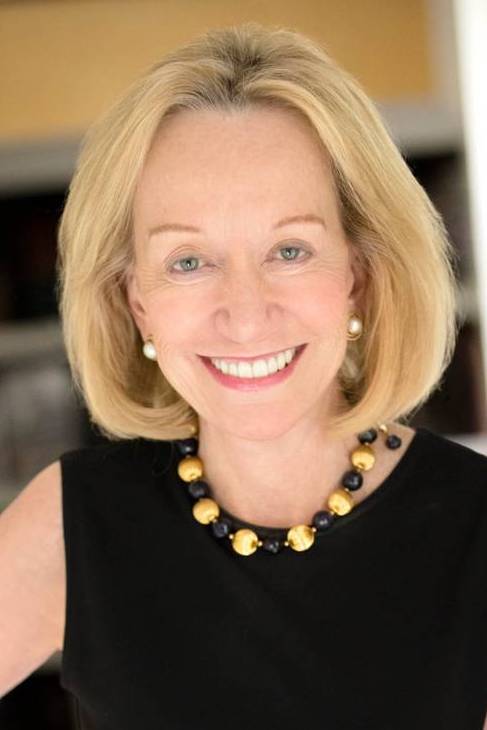 Doris Kearns Goodwin is a world-renowned presidential historian and Pulitzer Prize-winning author. Goodwin is the author of six critically acclaimed and New York Times best-selling books, including her most recent, The Bully Pulpit: Theodore Roosevelt, William Howard Taft, and the Golden Age of Journalism, (November, 2013). The Bully Pulpit is a dynamic history of the first decade of the Progressive era, that tumultuous time when the nation was coming unseamed and reform was in the air. Steven Spielberg’s Dream Works Studios acquired the film rights to the book.

Spielberg and Goodwin previously worked together on Lincoln, based in part on Goodwin’s award-winning Team of Rivals: The Political Genius of Abraham Lincoln, an epic tome that illuminates Lincoln's political genius, as the one-term congressman and prairie lawyer rises from obscurity to prevail over three gifted rivals of national reputation to become president.

The film Lincoln grossed $275 million at the box office and earned 12 Academy Award® nominations, including an Academy Award for actor Daniel Day-Lewis for his portrayal of President Abraham Lincoln.

Goodwin was awarded the Pulitzer Prize in history for No Ordinary Time: Franklin and Eleanor Roosevelt: The Home Front in World War II, and is the author of the best sellers Wait Till Next Year, Lyndon Johnson and the American Dream and The Fitzgeralds and the Kennedys, which was adapted into an award-winning five-part TV miniseries.

Goodwin is well known for her appearances and commentary on television, where she is seen frequently on NBC, MSNBC, CBS, ABC, FOX, CNN, The Charlie Rose Show and Meet the Press. Other appearances include The Oprah Winfrey Show, The Tonight Show with Jay Leno, The Daily Show with Jon Stewart, The Colbert Report, The Late Late Show with Craig Ferguson, and many more. Goodwin has served as a consultant and has been interviewed extensively for PBS and the History Channel's documentaries on LBJ, the Kennedy family, Franklin Roosevelt, Abraham and Mary Lincoln and Ken Burns' The History of Baseball and The Civil War.

Goodwin earned a Ph.D. in Government from Harvard University, where she taught Government, including a course on the American Presidency. She served as an assistant to President Lyndon Johnson in his last year in the White House, and later assisted President Johnson in the preparation of his memoirs. Goodwin is the winner of the Charles Frankel Prize, given by the National Endowment for the Humanities, the Sarah Josepha Hale medal and the Lincoln Prize.

Goodwin resides in Concord, Massachusetts, with her husband, the writer, presidential advisor, speechwriter and playwright Richard N. Goodwin. She was the first woman to enter the Boston Red Sox locker room, and is a devoted fan of the World Series-winning team.

One of the country’s leading historians, Doris Kearns Goodwin shares cherished stories, intimate insights and in-depth analysis of the US presidency, which she has studied for more than four decades. Drawing from her award-winning and bestselling biographies of Lyndon Johnson, Theodore Roosevelt, William Howard Taft, Franklin Roosevelt and Abraham Lincoln, Goodwin brings the past alive, delivering an insider’s look at the captivating stories that illuminate the inner complexities of our most fascinating leaders. Whether examining how presidents dealt with the intricacies of working with Congress to the challenges they faced with the business community and their relationships with constituents, Goodwin illustrates the individual and universal qualities that have made our leaders great and will continue to inspire leaders well into the future. A formal book-signing will follow.

Presented by the Department of Humanistic Studies.
The Christian Culture Lecture honors the late Professor Bruno Schlesinger
and is made possible by the generosity of Dr. Susan Fitzgerald Rice ’61 and Dr. Donald B. Rice.